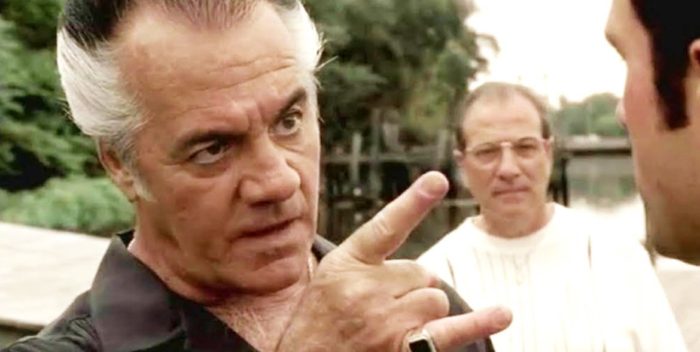 So sad to hear that Tony Sirico has died at age 79. The actor who played Paulie Walnuts on “The Sopranos” was a lovely guy, a sweetheart. I knew him from Elaine’s. Condolences to his big circle of friends.

Tony’s brother, Robert, posted to Facebook: ”It is with great sadness, but with incredible pride, love and a whole lot of fond memories, that the family of Gennaro Anthony “Tony” Sirico wishes to inform you of his death on the morning of July 8, 2022,” the priest wrote along with a picture of Sirico.

“Tony is survived by his two beloved children, Joanne Sirico Bello and Richard Sirico, grandchildren, siblings, nieces, nephews and many other relatives.

“The family is deeply grateful for the many expressions of love, prayer and condolences and requests that the public respect its privacy in this time of bereavement.​ Memorial donations may be made in his honor to Wounded Warriors, St. Jude’s Hospital and the Acton Institute.”

RIP Tony Sirico. Legendary. Silvio’s best buddy “Paulie Walnuts” in The Sopranos, Frankie “The Fixer’s” older brother Antonino “Father Tony” Tagliano in Lilyhammer. A larger than life character on and off screen. Gonna miss you a lot my friend. Deepest condolences to the family. pic.twitter.com/pAkDnqfLEs

Castmate Michael Imperioli wrote on Instagram:” It pains me to say that my dear friend, colleague and partner in crime, the great TONY SIRICO has passed away today. Tony was like no one else: he was as tough, as loyal and as big hearted as anyone i’ve ever known. I was at his side through so much: through good times and bad. But mostly good. And we had a lot of laughs. We found a groove as Christopher and Paulie and I am proud to say I did a lot of my best and most fun work with my dear pal Tony. I will miss him forever. He is truly irreplaceable. I send love to his family, friends and his many many fans. He was beloved and will never be forgotten. Heartbroken today.”

My friend died. #TonySirico #PaulieWalnuts #TheSopranos. I cast him in “Dearly Beloved” in 1994. Look it up on #Youtube. He’s hilarious in it. We love you Tony… pic.twitter.com/CujvyxKXBu