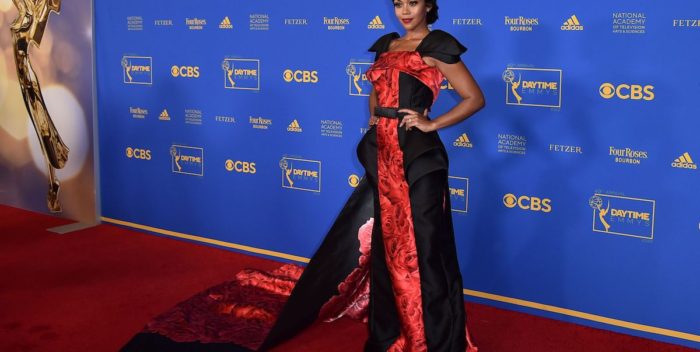 It only took 60 years. Mishael Morgan is the first Black actor to win Best Actress in A Daytime Drama. Morgan is on CBS’s “The Young and the Restless.” Bravo!

It’s hard to believe she’s the first since so many terrific Black actresses preceded her through the years. But there we are.

“General Hospital” won Best Drama, and an award for directing. Ron Carlivati and his team won for Writing “Days of our Lives.”

Other acting awards were;

Best Actor to 78 year old John McCook, from “The Bold and the Beautiful.” He’s been on CBS soaps since soap was invented. It’s about time.

Supporting Actor Awards went to Kelly Thiebaud from “General Hospital” and former “China Beach” star Jeff Kober also on “General Hospital.” The latter show is the place where prime time stars go to get Daytime Emmys, I guess. Max Gail from Barney Miller won the same award there a couple of years ago.

Susan Lucci did a beautiful tribute to her late husband, Helmut Huber, who was her manager partner for decades. He was a lovely guy.

Michael Bolton performed two songs. He has a great agent.