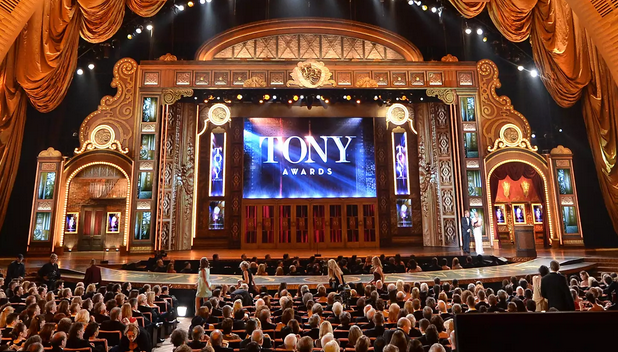 It was a great night at the Tonys for Jennifer Hudson and anyone named Michael Jackson.

JHud. became an EGOT last night, earning a Tony for producing “Strange Loop.” Her Emmy, Grammy, and Oscar are otherwise for performances.

It was not such a great night for “The Music Man,” the biggest hit on Broadway. The show took home no Tony Awards.

It was a lovely night for Broadway vets Patti Lupone and Phylicia Rashad, who earned respective Featured Actress awards for a musical — “Company” — and a play — “Skeleton Crew.”

For newcomers who either played Michael Jackson or wrote a very edgy musical and were named Michael Jackson, all was good. Newcomer Myles Frost beat the likes Hugh Jackman and Billy Crystal for Best Actor in a Musical in “MJ.” Then a musical called “A Strange Loop,” which won only 1 other award, Best Book of a Musical, won Best Musical. Michael R. Jackson wrote it.

But the whole “Strange Loop” story is strange. And now that it’s won Best Musical, it will be curious to see how it does when it’s time for a national tour, a secondary tour, and licensing to schools. Maybe there’s some kind of G rated version that can be offered.

But the overall 2022 Tonys show was a hit. Ariana deBose proved to be an excellent host, Glenn Weiss directed another winner. The performances were top notch, notably Bernadette Peters singing Sondheim. Billy Porter gave a moving rendition of “On the Street Where You Live” during the In Memoriam. And Billy Crystal kind of stole the show when he did a segment from “Mr. Saturday Night.”

Of course the real curve ball was the performance by Joaquina Kalukango, star of “Paradise Alley.” In Radio City many had never heard of her. But she stopped the show, brought five thousand people to their feet, and then won the Tony for Best Actress in a Musical. “Paradise Alley” is on the verge of closing, but she will singlehandedly keep it open for a bit. Wow.

More later today on the after party at the Plaza Hotel. There were smaller parties for individual shows, but the Plaza was the scene of a ton of celebrities who arrived famished and were greeted by lots of delicious food. Among those I talked to were Uzo Aduba, Zach Braff, Tony Goldwyn, Carmen Cusack and soap star husband Paul Telfer, the inimitable Adrienne Warren, and David Furnish.

A stellar finish to a difficult season!