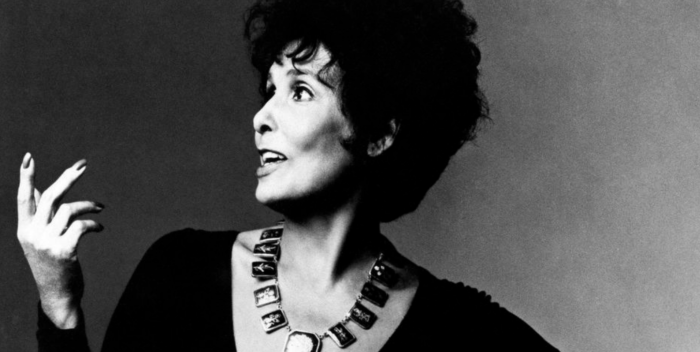 This is big news. The great Lena Horne, legendary movie and stage star and singer of “Stormy Weather,” is getting a Broadway theater named for her.

The Nederlander Organization is renaming the Brooks Atkinson Theater in her honor. Brooks Atkinson was a revered theater reviewer who’s had his name on the marquee for decades. Even he would agree this is a spectacular idea.

James (Jimmy) L. Nederlander’s father, James M. Nederlander, was instrumental as one of the lead producers of “Lena Horne: The Lady and Her Music” which played at the Nederlander Theatre in 1981. The show was an instant success and was extended to a full year run, garnering Horne a special Tony Award and two Grammy Awards for the cast recording of her show.

On a personal note, I had the pleasure of seeing that show a couple of times, once even taking my grandmother, who was a huge fan. Horne was then 64 years old, and everyone marveled hw a woman “that age” could do 8 shows a week!

Times have changed! But she was trailblazer.

“We are proud to take this moment to rename one of our theaters in honor of the great civil rights activist, actress, and entertainer Lena Horne,” said James L. Nederlander of The Nederlander Organization. “I am so honored to have known Lena. She became a part of our family over the years. It means so much to me that my father was the producer of Lena Horne: The Lady and Her Music, and it is my privilege, honor, and duty to memorialize Lena for generations to come.”

Horne’s granddaughter, Jenny Lumet. is a respected screenwriter. Jenny’s dad was the esteemed director Sidney Lumet. Jenny’s mom is Gail Lumet Buckley, who says: “On February 13, 1939, Brooks Atkinson wrote a review of the musical Blackbirds of 1939 for The New York Times. His review was generally unfavorable except for the mention of ‘a radiantly beautiful girl, Lena Horne, who will be a winner once she has proper direction.’ The proper direction came from within Lena herself. She sought an artistic education, and a political education. She sought her own voice, found it, and then fought for the right that was always denied her – the right to tell her own story. In 1981, James M. Nederlander offered her their stage and Lena’s one-woman show, The Lady and Her Music ran for more than a year. 366 performances, in three countries. It was her fullest expression as an artist and storyteller. We’re grateful to the Nederlander Organization for rechristening this space to the Lena Horne Theatre. We hope artists and audiences alike will tell their own stories here.”