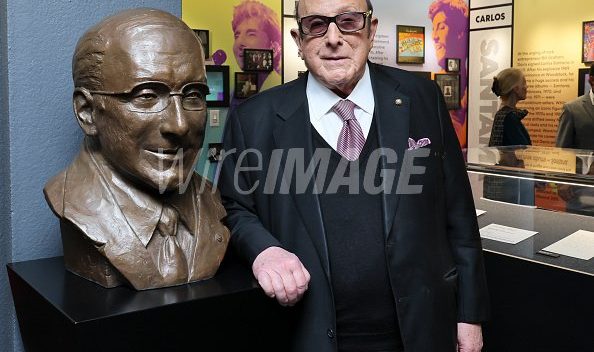 Music mogul and legend Clive Davis is set to receive a Big Deal award in Washington and an honor here in New York.

The award given by the Ford’s Theatre Society “to a person or persons who, through their body of work, accomplishments or personal attributes, exemplify the lasting legacy and mettle of character embodied by the most beloved president in our nation’s history, President Abraham Lincoln.” Also receiving the Lincoln Medal on June 5th will be South Carolina congressman James E. Clyburn, currently the Majority Whip for the 117th Congress, Chairman of the House Select subcommittee on the COVID-19 crisis, and Chairman of the Rural Broadband Task Force and Democratic Faith Working Group.

But wait! The honor in New York is that one of the students from the Clive Davis Institute of Recording at NYU’s Brooklyn Campus is releasing her hot single this week. Avangelia and her very professional classmates at the Institute, endowed by Clive, are serious about to be graduates. She has the voice of an angel. Mixing jazz and R&B, she reminds me of Patrice Rushen and Angela Bofill. We met Avengelia last month in one of the high tech studios at the Institute, and she knocked our socks off.

Avangelia’s single is called “Wildflower.” You can hear it below. And she has more coming. “Wildflower” is on all social media and iTunes. She’s from Brooklyn, by the way, and so are her musicians and producers (except one who’s migrated up from Houston!).

And that’s the biggest reward for Clive– launching a new generation of memorable performers.