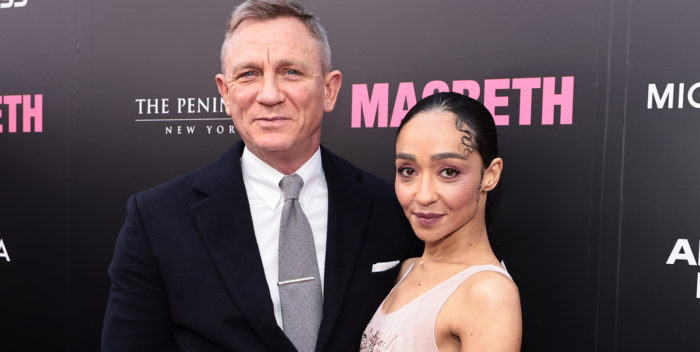 The big final opening night for the 2022 Broadway season was a sensation.

James Bond actor Daniel Craig opened in a new production of “Macbeth,” by that guy Bill Shakespeare, at the famed Longacre Theater. Ruth Negga, one of the hottest young actresses in the world, plays Lady Macbeth. (Have you ever noticed the Macb’s don’t have first names?) Barbara Broccoli, who produced 15 years’ worth of James Bond movies starring Craig, is the lead producer. Over the years she’s produced Craig in two other stagings including an amazing “Othello” with David Oyelowo at the New York Theater Workshop.

“Othello” and “Macbeth” were/are directed by Sam Gold, who recently brought us Glenda Jackson as “King Lear.” Gold won the 2015 Tony Award for Best Direction of a Musical for “Fun Home.”

You could throw a stone in any direction last night at the Longacre and hit a celebrity. Craig’s Oscar winner wife Rachel Weisz was first and foremost leading the standing ovations with CAA agent Bryan Lourd.

Bryan Cranston and his great wife Robin were sitting to my right. Married actors Elizabeth Marvel and Bill Camp — New York actor “rock stars” — were seated behind me. Marisa Tomei was two rows back. Candice Bergen was on the aisle across from Oscar Isaac. Danira Gurai was in front of us to the right. It was that kind of night. Jeremy Strong, on a break from being wired, unhappy Kendall Roy in “Succession,” was raving about the play. Josh Hamilton (New York’s most underrated actor) was chatting with Maggie Gyllenhaal and with 91 year old legend Lois Smith, who is even more a marvel than Elizabeth! “Are you working?” I asked Lois. She replied, “Not as much as I’d like!”

Also up front in the orchestra: Mike DeLuca and Pam Abdy, who just stepped down from MGM as it was subsumed into Amazon Studios. Broccoli loves what they did for her “No Time to Die” so much she invited them to fly in, and they obliged. For people who momentarily unemployed, they looked pretty successful. They weren’t the only movie people in the room. I also ran into Amy Pascal, titan of Sony Pictures and Queen of all things “Spider Man.” Plus there were Broadway regulars like Jamie deRoy and Bob Wankel, head of the Shubert Organization, and the great Pat Schoenfeld.

Broadway is still very diligent and vigilant about COVID. Everyone wore masks, and showed vax cards and so on. There are no big after parties right now, but Barbara Broccoli gave a Champagne toast for family and friends in the theater after a long standing ovation and a couple of curtain calls.

Barbara told me: “Daniel had this on his mind since 2017. But he really wanted to come to Broadway now and be part of the comeback post-pandemic. He wants to bring people back to the theater.” Um, he has: “Macbeth” is one of the two or three hottest tickets around right now, along with “The Music Man” and “Funny Girl.” It doesn’t hurt that he is completely captivating on stage and Negga makes a historic Broadway debut. She lights up the stage. I also got to see one of my favorite newish actors, Asia Kate Dillon, rock it as King Duncan’s son, Malcolm (I’ll explain later).