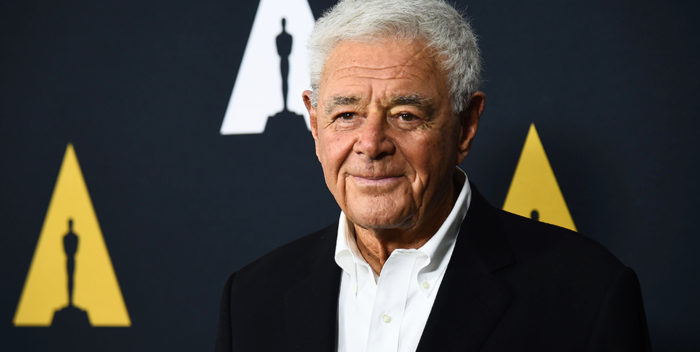 Beloved “Lethal Weapon” director Richard Donner finally got a proper send off over the weekend. A list stars met at the Warner Bros. lot to say goodbye.

Donner died last July at age 90. His memorial was set for September 2021, but COVID interfered.

His widow, producer Lauren Shuler Donner, put together the classy event according to insiders.

Not in attendance: Mel Gibson, still a pariah, although Donner stuck by him loyally even after the former star’s many scandals. Gibson would not have been welcome in that crowd so he sent a video. He said — paraphrasing — “Dick was always so nice to everyone on a set.  When I direct Lethal Weapon 5, I’ll think of Dick everyday.”

(The chances of Gibson ever making that movie are zero.)

At the memorial’s conclusion, “Monty Python” star Eric Idle performed his famous song “Always Look On the Bright Side of Life.” And Josh Brolin led the cast of the Donner-produced “Goonies” in a farewell dance.

Donner was a star, and the rare Hollywood player who everyone adored. He will be sorely missed. One of my favorites of his was “16 Blocks,” with Bruce Willis, an unsung gem worth re-watching.