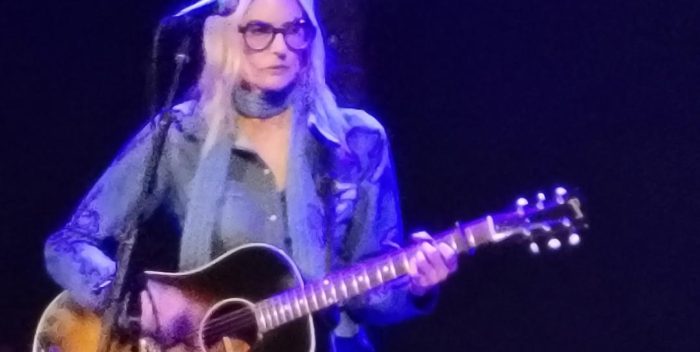 Aimee Mann knows how to make lemonade from lemons. There was a recent hubbub after she was dropped by Steely Dan as the opening act on their coming tour.

Mann has been around long enough not to take the snub seriously. She told our audience last night at a very sold out City Winery she didn’t care. She responded in the press by telling Donald Fagen she forgave him only if he’d explain the obscure lyrics to a long ago Dan song she wanted to perform called “Brooklyn.”

“To my surprise he sent back a three page letter spelling out what he and Walter Becker were thinking,” said the sanguine 61 year old (who looks maybe tops 41). “So it’s all good.” And then she and her magnificent little rock band played the song as part of her encore. It worked out pretty well.

Aimee Mann is one of my musical guilty pleasures. She fronted the band til Tuesday out of Boston for three albums in the 80s, scored a big hit, “Voices Carry,” and made a desert island disc called “Everything’s Different Now.”

But then she went solo in ’89, and started making independent albums off the grid of the music business. She went her own way, even scoring an Oscar nomination for “Save Me,” her song from Paul Thomas Anderson’s “Magnolia” in 1999. Time has passed. Every couple of years there’s a new collection of beautifully orchestrated, Beatle-melodic songs, often melancholic, punctuated by Aimee’s strangely beautiful and kind of nasal vocal that cannot get enough of.

She was supposed to be on tour last winter, but COVID got her band. Now they’re all better and on the road. Did I mention the band? They are like a dream on stage, actual musicians, a throwback to the old days of layered, constructed pop rock. They actually sound like they know what they’re doing. 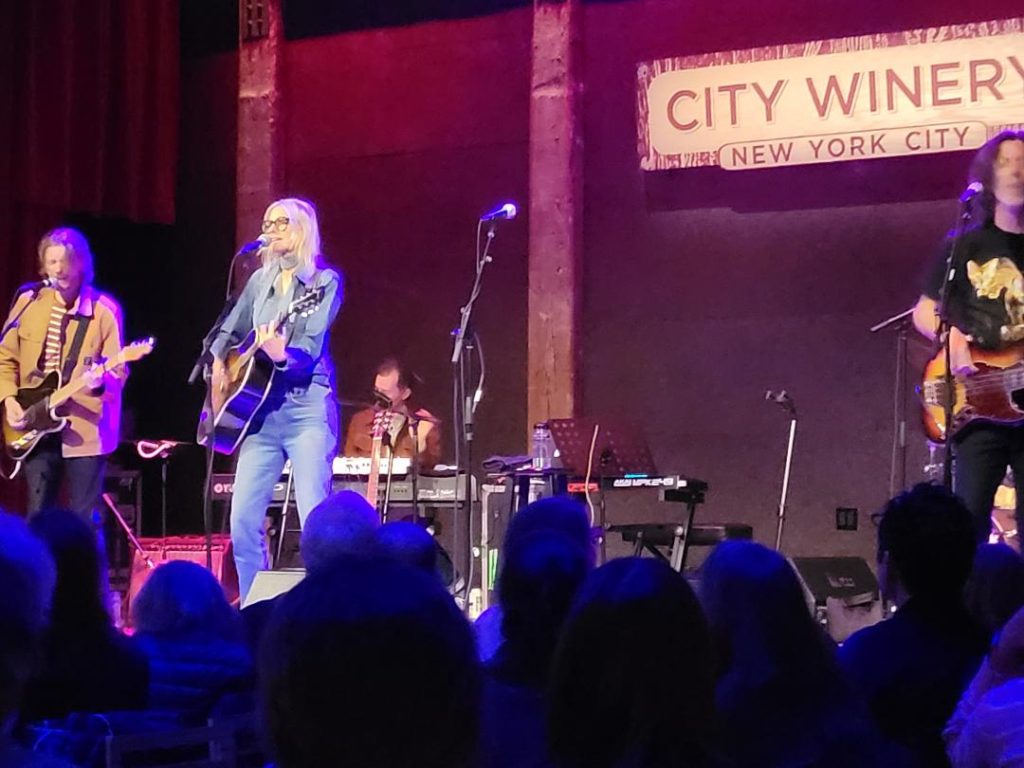 This tour is meant to promote another extremely well made album, “QUeens of the Summer Hotel,” which consists of songs Mann wrote for a musical version of Susannah Kaysen’s “Girl, Interrupted.” Yes, that was also the Angelina Jolie movie. The musical would never be made, but I’m so glad Aimee wrote these songs. They are among her best, especially “I See You” and “Suicide is Murder,” which are, for her, typically evocative, memorable, and moving.

When you have 40 years of songs to choose from, a setlist isn’t easy. There was no “Voices Carry” or my favorite of her solo songs, “Say Anything.” But the set is incredibly strong and has many high points including a knock out rock rave up for “I Can’t Help You Anymore” from her 2005 album, “The Forgotten Arm,” as well as “Little Bombs” from that album, and two “Magnolia” songs, “Wise Up,” and “Save Me.” The numbers are lush in their arrangements, and very textured so that even the bleakest lyrics are filigreed with random hints of optimism. You leave the theater humming not just a few of these songs. And that’s saying a lot these days.

The tour goes on for the next few weeks. Don’t miss it.