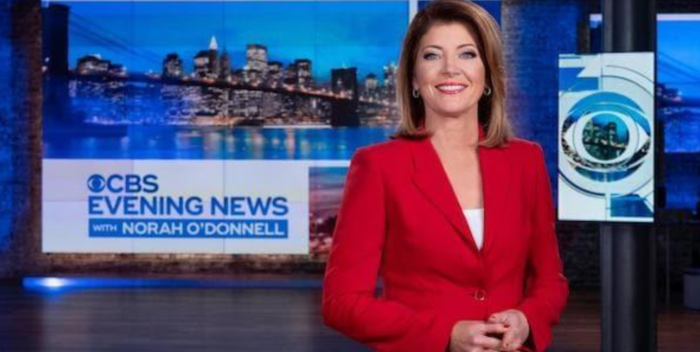 If I were the New York Post, I’d get a new media business reporter.

Three times since last October the Post’s Alexandra Steigrad produced features promising that CBS Evening News anchor Norah O’Donnell was on her way out. No one liked her, she had a bad attitude, she spent lots of money, and so on. And her ratings were terrible.

So guess what? O’Donnell — who I think is terrific — has just signed a new deal to keep anchoring the CBS Evening News through the 2024 elections. She’ll host most of CBS News’s other important specials as well. And she’ll keep doing it from Washington, DC, where she moved the show because that’s where she lives, as well.

The Post surmised that O’Donnell would be replaced by CBS Mornings co-host Tony Doukoupil, and that Gayle King would exit “CBS Mornings,” too and go…somewhere else. King signed her new deal to stay in place back in January.

It must be exhausting to be so knowledgeable!

“CBS Evening News” plays on CBS radio every night, and because of that, it’s usually tbe best written of the three nightly network newscasts. It’s my first choice followed by Lester Holt on NBC.

Ratings for all three shows including “ABC World News” with David Muir are less than they were during the tempestuous days of the Biden-Trump election and the early pandemic. But they’re still the go-to half hours when the world is in turmoil, as it is now, and for breaking news. Their demise is greatly exaggerated.