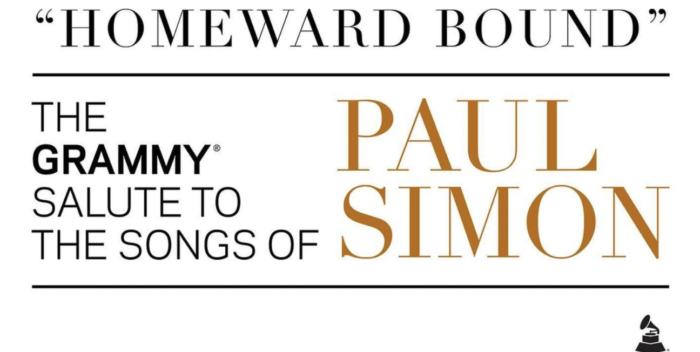 While a huge chunk of the music business at Clive Davis’s 90th birthday extravaganza in New York, another big event was going on in Los Angeles.

As I told you first last week, the Grammys filmed a TV tribute to legendary singer songwriter Paul Simon. The show, produced by Ken Ehrlich and written by David Wild, will air on CBS sometime this spring or summer.

And Paul Simon himself. The 195 minute taping concluded with Simon performing “Graceland,” “American Tune” with Giddens, and “The Sound of Silence.”

Other artists also included Garth Brooks and Trisha Yearwood, the Jonas Brothers, Eric Church, Jimmy Cliff, Ledisi, the Bangles’ Susanna Hoffs, and Eric Idle of “Monty Python” fame. Not in attendance: Art Garfunkel, because he was in New York singing at the Davis birthday.

Not all of this will make a two hour special on CBS. But it would be swell to see it all on Paramount Plus one day.

How did it all turn out? We’ll have to wait until the producers do their magic and we see the finished product. But it sounds amazing. Bravo, Paul Simon! 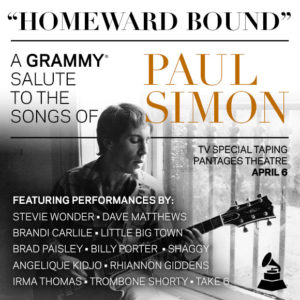