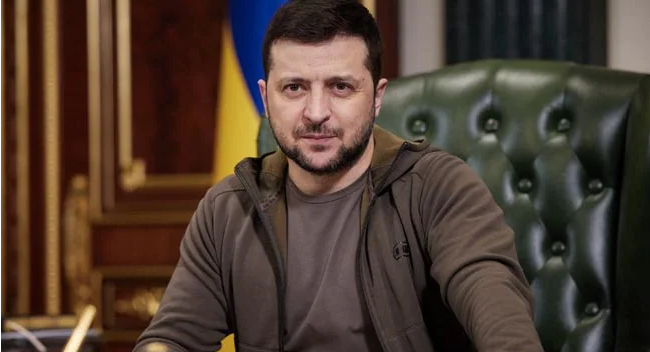 The Grammy Awards are coming at 8pm on CBS. And unlike the Oscars, the music awards will address the Ukraine war with Russia head on.

I’m told Ukraine President Volodymyr Zelenskyy has taped a “very powerful” and “moving” message that will be shown during a segment devoted to the barbaric violence being waged by Russia. Zelenskyy should stop the show. Nothing now is more important than ending this war and bringing Putin to some kind of justice.

The Zelenskyy address is just a part of what looks like an actually incredibly good Grammy show. Lady Gaga will give a tribute to Tony Bennett and sing a couple of the songs from the “Love for Sale” album. Other artists featured will be Billie Eilish, Nas, John Legend, Lil Nas X, Justin Bieber with Giveon.

I am told the show opens with Bruno Mars, Anderson Paak and Silk Sonic.