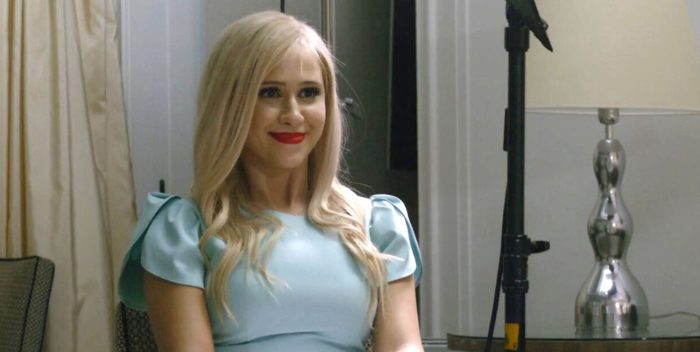 I never really got to tell the story of the Critics Choice Awards, the best awards show of this season. Yes, it was last Sunday night but right now Academy voters are filling out ballots for the Oscars. The Critics Choice was the last bellwether.

“Power of the Dog” won Best Picture, but “Belfast” won Best Ensemble, a fact that shouldn’t be lost on Oscar voters. While Jane Campion has sewn up Best Director, Best Picture still rests on what has claimed the voters’ hearts. “Belfast” and even “CODA” remain strong adversaries.

The Critics Choice show managed to rack up 1.5 million viewers, which doesn’t seem like much but think of it: most of these, a million, were on the CW Network. Imagine what the CCAs could do on CBS, where they belong. Running on the CW and TBS, the CCAs equaled their 202o numbers, the show that occurred weeks before the pandemic stopped our lives.

This year the awards were held at the Fairmont Century Plaza, newly rebuilt from top to bottom replacing what seemed like the centuries old building that used to stand on Avenue of the Stars. The old Century Plaza was used for everything, and it felt that way. Like the Critics Choice, it is now new and shiny, designed for warmth and humanity. The CCAs fit right in there.

This is the only televised awards at which movie and TV critics sit with the casts of shows and films, and are not relegated to a back room. I was lucky: my table was with Kristen Wiig and her very funny movie, “Barb and Star Go to Vista Del Mar.” Wiig, known best for “Bridesmaids” and “SNL,” was totally charming in her black pixie haircut. We talked about the “SNL” she hosted from home in May 2020, her Mother’s Day monologue, was which kind of brilliant.

Around the room I got to talk to Will Smith.  He told me he couldn’t believe how well “King Richard” has worked out and that he understood Richard Williams even more now. He was kind of glowing in the presence of Serena and Venus. He said he’d said he’d spent a lot of time with them. I asked, but had he played tennis with them at all? Will blushed. “Not really…” he said, trailing off.

I was thrilled to run into Carey Mulligan, who’s moving with her family to New York to play Leonard Bernstein’s wife, Felicia, in his biopic directed by (and starring) Bradley Cooper. Carey is a breath of fresh air at any event, but she had some more good news: Mumford & Sons is recording a new album right now. How does she know? Her husband is Marcus Mumford. Their album was released in November 2018.

But the most tantalizing scoop of the night: Maria Bakalova, aka Tutar from “Borat: Subsequent Film,” teased a possible subsequent subsequent film. Does that mean a sequel? Listen to this: Maria, who was found in Bulgaria, is now an L.A. actress. She’s beautiful and well spoken, far beyond the hilarious and sad Tutar. She’s got four projects going on now. When I lamented that we might never see Tutar again, Maria replied: “You never know…” A “Borat” sequel, I wondered? “Never say never,” said Maria.

PS Best couple of the night: Joshua Jackson, a nominee for “Dr. Death,” and wife Jodie Turner Smith, who was so outstanding in “Queen & Slim.” They met backstage at an awards show, they told me, and it was love at first sight. (I always knew Josh was smart, we share a birthday.) Cheers to them!

LEAH SYDNEY REPORTS FROM THE CCAs:

Rita Moreno telling Andrew Garfield, you are absolutely adorable. Andrew telling her that she was the most “elegant, gorgeous lady in the room” …Guillermo Del Toro and his lovely wife, and fellow “Nightmare Alley” screenwriter Kim Morgan being gracious to all. Kristen Stewart only had eyes for her fiancée, Dylan Meyer.  The women were trying to be as low key as possible, sitting and talking to each other and their table mates. Kristen was saying hello to those she knew, though. …

When I told Jada Pinkett Smith that I really liked her mom, Adrienne, on her successful show “Red Table Talk” (on Facebook, YouTube, etc.) her daughter Willow is on as well, he replied, “You know I hear that a lot.  My Mom tells it like it is.”  Her husband Will, who won for Best Actor, taking pics with all the eager critics from across the country.  Speaking about Jada, did indeed look regal in her headpiece of diamonds, which I found out has 53 diamonds and cost $46.250.

Melanie Lynskey, who truly did not believe she was going to win before the show when we chatted, did indeed win for her turn in “Yellowjackets.” She had the crowd in the palm of her hand when she thanked Producers for “not asking her to change anything about herself.”  Melanie, a real sized woman and a New Zealand native, is married to the equally down to earth Jason Ritter.

Kieran Culkin, who went on to win for Best Supporting Actor for “Succession,” was joking around with Jeremy Strong and Brian Cox at their table, putting all the supposed strife rumors to rest.  Lots of champagne at that table.  Lin Manuel Miranda and Kristen Chenoweth loving up on each other.  Hallie Berry did inspire the crowd, including Marlee Matlin, who pumped her fists in agreement, with her take no prisoners acceptance speech for the #SeeHer Award…

Christian Slater, Michael Keaton chatting together.  The series-ending “This Is Us” table, was having their moment as this was their last CCA show.  Chrissy Metz, Sterling K. Brown and more were just kicking back.

The shining star of the night goes to Jude Hill from “Belfast.”  He was living the dream all night, with his sidekick and co-star Jamie Dornan by his side.  Jude was acting like a pro, even though “Belfast” was his first acting job ever.  When he won as Best Young Actor and thanked “his fellow actor” the iconic Judi Dench, well that garnered the biggest laugh of the night.