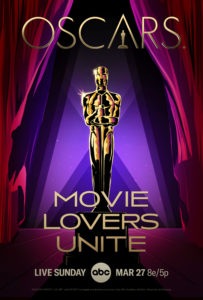 The Oscars are adding more and more presenters from different worlds.

New t0 the list today for the March 27th broadcast are rap entrepreneur Sean “Diddy” Combs and pop star Shawn Mendes. All they have in common is the same first name spelled differently. But they will definitely pique the interests of new Oscar viewers.

I told you exclusively that Dame Judi Dench would be attending the ceremony. Even thought she’s in the Oscar nominated “Belfast,” it would be very classy to have her announce Best Picture. Maybe she could be paired with Hopkins, who won Best Actor last year but wasn’t able to attend because he was off sheep herding.