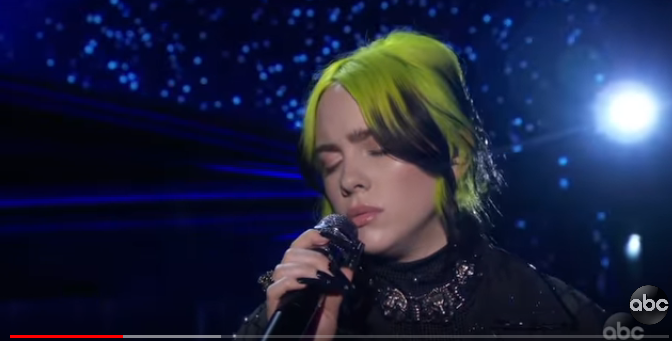 The Society of Composers and Lyricists had their third annual Awards dinner Tuesday night, not the dreaded “V’ word, meaning virtual but in person and the SCL thankfully did everything right! The evening was beautifully paced with the awards and truly artistic musical numbers and videos. It was also the perfect storm of a setting for complaining about the Academy Awards moving the Best Score category out of the main show this year. No one restrained themselves from chiming in.

The evening began with composers Diane Warren, singer Siedah Garrett, songwriter Jeymes Samuel, (“The Harder They Fall,”  and Seal’s brother in case you didn’t know,) hobnobbing with each other along with SCL president Ashley Irwin.

Aloe Blacc hosted the show, and of course started in on the Academy Awards who have made the still controversial choice of not televising best score, along with 7 other categories, at the Oscars.  He welcomed the crowd and quipped calling it “an awards show so great we actually honor them live.” He then noted “80 musicals having been released over the past five years, 77 of which were made by Lin-Manuel Miranda!” Lin, alas, was not there.

The event did gain a serious note when winner “Encanto” composer Germaine Franco asked for a moment of silence in support of Ukraine.   Irwin did speak about the unfairness of having the scores cut from the Oscars.  The SCL showed a video montage of music scores and songs through the decades that was literally brilliant and that was Oscar worthy.  Oscars, this is what audiences love!

Carter Burwell was honored with The Spirit Of Collaboration Award along with Filmmakers Joel Coen and Ethan Coen.  Burwell, when he’s not scoring a movie (over 100 now) is a volunteer fireman on Long Island.  He has given out a quick congrats shout out by Trevor, a fireman from Amagansett, in the Hamptons, joking,  “fireman can be curt.”

Burwell talked about how being a volunteer fireman was his way of de-stressing ironically from the pressure of composing films.  He then conducted a beautiful rendition of his work.  But not before he got his one dig in.  “Joel, Ethan and I are New Yorkers, they couldn’t be here but in case there are any other New Yorkers, I’m going to translate Ashley’s speech for you…” Fuck the Academy Awards!” Burwell spoke eloquently about his collaboration with the Coens.  He described it as “threads knotted together that connects to others.  As Orson Welles said, it takes an army to make a film and we all know that it sometimes takes an army to make a score.”

Congrats SCL on a truly spectacular, classy and thankfully in person event!

PS Best song went to Billie Eilish and her brother, Finneas, for “No Time to Die.” They had no time to attend, however. They were doing a gig in Alabama.

THE TRIAL OF AXIS SALLY

OUTSTANDING ORIGINAL SONG FOR A MUSICAL/COMEDY:

OUTSTANDING ORIGINAL SONG FOR A DRAMA/DOCUMENTARY

THE SPIRIT OF COLLABORATION AWARD