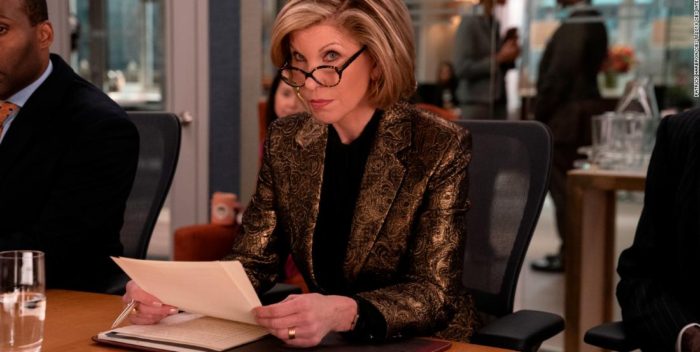 I’m hearing it’s not such a good time at CBS’ s “The Good Fight.”

The word is that producer-director Brooke Kennedy has left the show and King Sized Productions after about a dozen years.

CBS reps went cold Wednesday when I asked for confirmation that Kennedy suddenly exited during production of the first episode for Season 6. She was said to be directing the episode, too. I asked and asked. But sources tell me this is what happened. A new director, Nelson McCormick, was subbed in for her from another King Sized show shooting in New York, “Evil.”

Kennedy was clearly divisive at “The Good Fight,” where she ran the show after segueing from “The Good Wife,” the show’s predecessor. Some people who worked with her sang her praises, but others were not complimentary. This may be a reason long time regulars Cush Jumbo and Delroy Lindo left the series at the end of Season 5.

The overall temperature now is “cooled off” for many who were waiting for Kennedy to leave the show, which is produced by Robert and Michelle King. Kennedy was the essential show runner, so that leaves questions about who will take over.

Today, “The Good Fight” announced they were adding Andre Braugher to a cast that starts with Christina Baranski — now also starring in HBO’s ‘The Gilded Age” —  and includes Mandy Patinkin. “The Good Fight” is on Paramount Plus formerly CBS All Access. (I wish it were on CBS, but no one asked me.)

Kennedy isn’t the first top producer to exit a New York based hit show. Two weeks ago Ilene Chaiken departed NBC’s “Law & Order Organized Crime.” That TV world is not for the faint of heart, that’s for sure!

If anyone wants to tell me more, email me in confidence at showbiz411@gmail.com.