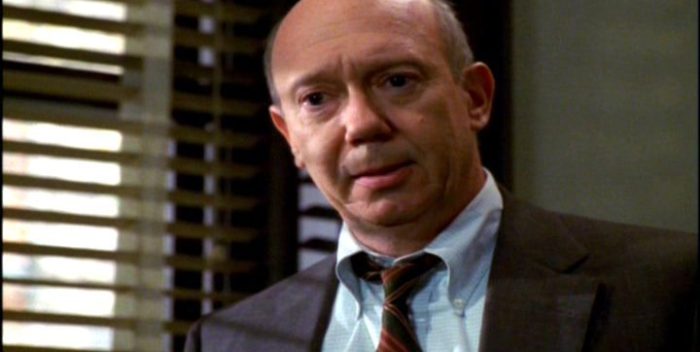 One step in the right direction will be an appearance — probably for May sweeps — by Elliot Stabler’s old boss, Captain Cragen from “SVU.” Dann Florek will be checking in. The last time Cragen was seen was via Zoom on the “SVU” 500th episode.

This is just one of many course corrections taking place on “Organized Crime” now that Stabler’s nemesis, Richard Wheatley (Dylan McDermott) is gone. Sources say that it’s time to get “Organized Crime” back in line with the “Law & Order” franchises.

In the last couple of weeks, Dick Wolf Productions ousted showrunner Ilene Chaiken and replaced her with Barry O’Brien, whose credits include “Castle.” O’Brien’s mandate, sources on the west coast say, is to bring Stabler into the real world and away from the lone ranger he’d become in pursuit of his wife’s killer.

Chaiken, says a Wolf insider, “didn’t understand about the Law & Order formula. She was also allowing Chris Meloni to rewrite dialogue and scripts. She was a chaotic showunner catering to an egotistical star.”

“Organized Crime” loses 1 million to 1.5  million viewers at the end of “SVU” on Thursday nights. More and more viewers were abandoning it because they couldn’t figure it out or just didn’t like it. Chaiken, I’m told, didn’t care. And Meloni, sources in the Wolf organization say, had no idea about the show’s poor reception.

At the same time. NBC has insisted that both shows have the same number of episodes, and line up. “You’re never going to see an Organized Crime without an SVU before it,” I was told.

The good news is that the revived “Law & Order” with Hugh Dancy, Jeffrey Donovan, and the returned Anthony Anderson is a hit, and everyone seems to like it. If all parties can realign “Organized Crime,” Thursdays will be calm, cool, and collected on NBC.

CRITICS CHOICE AWARDS ANNOUNCE PRESENTERS FOR SUNDAY ON THE CW

The Critics Choice Association (CCA) announced today the star-studded lineup of presenters who will take the stage at the 27th annual Critics Choice Awards. The show airs Sunday on TBS and on the CW Network at 8pm Eastern.