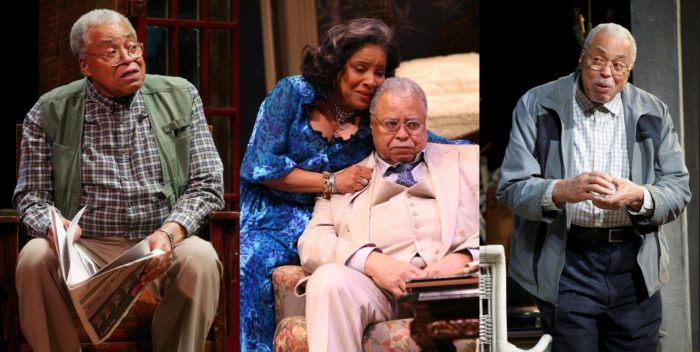 Luke Skywalker, I am your theater!

The Tony winning actor will be the only living performer with his name on a Broadway house. He will also be the second Black person to have one, after late playwright August Wilson’s theater on West 52nd St.

Jones, who turned 91 in January. has appeared in fourteen Broadway productions at Shubert theatres, including two at the Cort Theatre. Most recently Mr. Jones portrayed Weller Martin across from Cicely Tyson’s Fonsia Dorsey in the 2015 Broadway revival of Donald L. Coburn’s The Gin Game at Shubert’s John Golden Theatre.

The actor has two Tony Awards, an Emmy award, and a Lifetime Achievement Academy Award. He has received a Kennedy Center honor. JEJ deserves all the accolades he can receive, and this one may be the sweetest of all.

Bravo to the Shubert Organization. Plus, the Cort is a little gem on West 48th St., home to a long history of great productions.