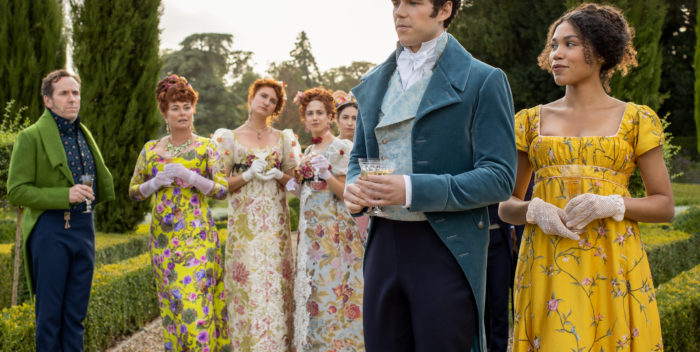 “Bridgerton” fans were gaga over all the sex scenes in Season 1.

But then came news that Page wouldn’t be in season 2, as the books this Netfix series is based on turn to Anthony Bridgerton’s search for a wife.

Anthony is played by Jonathan Bailey. I’m told that in the first episode of Season 2, Anthony is scene from behind fully as he very briefly beds whores and pays them for their services. But sources say that after that season, “Bridgerton” Season 2 is largely sexless. There’s a lot of talking and galloping. But no shenanigans, certainly nothing like Season 1.

What happened? If reports are true, and I think they are, “Bridgerton” is now more of period piece that bears no resemblance to the period it’s covering. The costumes and sets are still top notch, but the story doesn’t have the pizzazz it once did.

Strange, no? In Season 1 Anthony was humping everything in town. But in Season 2, I guess he’s given up. Maybe Simon Bassett needs to return for a cameo!

Here’s a look back: