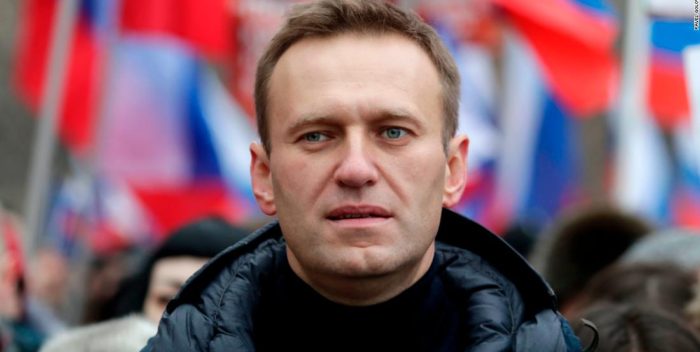 The most important movie at the Sundance Film Festival played out day before yesterday but I only got watch it tonight.

Daniel Rorer’s “Navalny” is the absolutely stunning account of what happened to Alexei Navalny, the Russian activist and self styled journalist who was poisoned on a flight on Vladimir Putin’s orders in 2020, nearly died, recovered in Berlin, and has now served a year in a Russian prison.

It’s a terrifying story, one that Robert Ludlum would have written. It sounds like “Gorky Park,” and if Rorer didn’t show the investigation into what happened step by step you’d say this is preposterous and could never happen.

But it did. Once Navalny recovered he joined forces with Christo Grozev, the chief investigator of Netherlands-based journalism outfit Bellingcat. Grozeev, who like everyone else here is on camera and very forthcoming, figure out that Navalny had been dosed with Novichok, a nearly undetectable nerve agent. Putin had already killed or nearly killed others with this drug.  Grozev says he was shocked that Putin had been so brazen. “It was like leaving a signature,” he tells Rorer.

Using investigative skills to plumb the web, Grozev figures out that 12 scientists are working in a Russian lab that supposedly makes soft drinks. They also deduce through cross referencing that the scientists were flying the same route in Russia as Navalny just before his infamous poisoning. Grozev says: “It was a domestic assassination scheme on an international scale.”

Navalny became so violently ill on the plane so quickly that the pilots landed. Navalny was saved by quick thinking– and as one of the poisoners admits to Navalny in a kind of psychedelic phone call later–they had the antidote. As we all know, Navalny was rushed to Berlin with his wife, who he was traveling with, and recovered over several months.

But during the recovery Navalny and Grosev pieced together the whole conspiracy to kill the anti-Putin activist. They were able to get phone numbers for the 12 scientists and in that stunning, psychedelic phone call, with documentary cameras rolling in real time, Navalny gets one of them to admit to the whole thing and describe it in chilling detail. When they hang up, Navalny and Grosev are certain this man will be killed himself for being duped on the phone.

CNNFilms has bought this documentary and will show it sometime soon, no doubt. “Navalny” will blow your mind, if not for the whole uncovering of this scandal, but because Navalny returned to Russia, was instantly imprisoned and has not been seen since. Couple this with Putin’s looming threat to invade Ukraine, and believe me, you won’t be able to sleep. Everything we ever thought about Putin and Russia is true, and worse than imagined.

Rorer will win awards. But what will happen to Navalny will not be glamorous. I don’t even know if prayers will work.