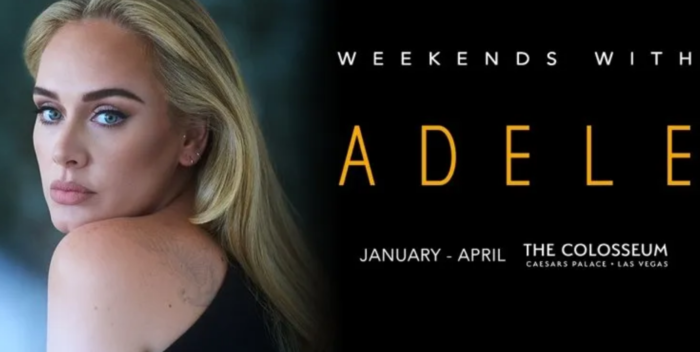 Some numbers are out for 2021 record sales and they are revealing a lot.

The number 1 album in 2021 was from Morgan Wallen, his “Dangerous: The Double Album” sold a total 3,091,000 copies including streaming. Wallen was ‘canceled’ after it was discovered in a home video he’d used the ‘n’ word. His fans didn’t care. Although Wallen was banned from awards shows, and dropped (not really) by his agents and managers, he was the king of popular music sales in 2021.

One issue might be that “30” has had just one big hit single, “Easy On Me,” and no follow up. The “25” album started with “Hello,” and had several singles subsequently including “Send My Love (to Your Lover)” and “When We Were Young.” Right now on iTunes, “Easy On Me” is number 2, and only one  other track from the album, “Oh My God,” charts at 64. But a track from the “25” album, “Water Under the Bridge,” is at 72 now, six years later.

Other end of the year info: Taylor Swift has issued so many albums that she wins over all. She sold about 4 million albums in 2021. Kanye West’s “Donda” didn’t make the 1 million mark coming in at 918,000.

Among the legacy performers, Fleetwood Mac is really the success story of the year. They sold 848,000 copies including streaming of “Rumours,” an album released in 1977! Don’t stop thinking about tomorrow, indeed! Queen sold 918K copies of their greatest hits. And Elton John, the legacy winner in singles and albums, sold 687,000 copies of his “Diamonds” box set, plus he had three top 10 hits including “Cold Heart.”

The Beatles also came in hot with over 500,000 total sales. More numbers coming in the next week or so…

PS This is a great time to hunt Amazon for deals on box sets from 2021. The best ones were the Billy Joel vinyl set, the Beatles “Let it Be Super Deluxe,” the Rolling Stones “Tattoo You,” sets from Joni Mitchell, Aretha Franklin, David Bowie, Curtis Mayfield.

My own favorite record from 2021 by contemporary artists? The Weeknd and Ariana Grande singing “Save Your Tears” to what sounds like a track from an old Orchestral Manouevers in the Dark album. I love it when Ariana Grande just sings, doesn’t yodel or sing loop-de-loops. She has a knockout voice. Best song of the whole year? Sting’s “The Bridge.”