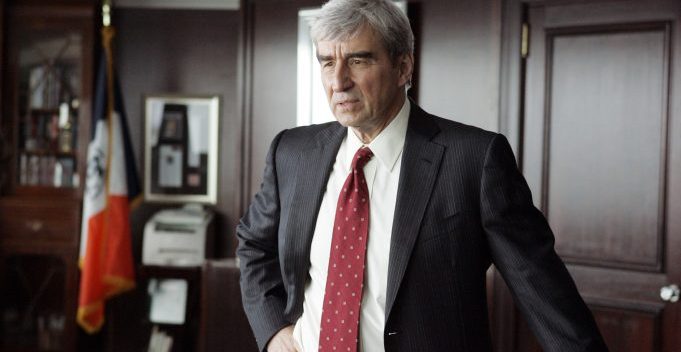 The real McCoy– Jack McCoy — is coming back to “Law & Order.”

Sam Waterston, who never stops working (thank god) will join the revival of the Dick Wolf mothership show on February 24th. It’s a victory lap for Waterston, who was with the show for 16 seasons first as ADA McCoy and then moved up to District Attorney. (We still miss Steven Hill as his boss and pal.)

So where has McCoy been since he left the DA’s office years ago? I hope the writers have come up with a great backstory for him. Waterston will be joined by Anthony Anderson, who arrived on “L&O” years ago as he was leaving, plus Jeffrey Donovan from “Burn Notice” and Camryn Manheim and Hugh Dancy. Hopefully we’ll see more faces from the show’s past as well.

So welcome back, Jack. Crime in New York is much worse in many ways now.