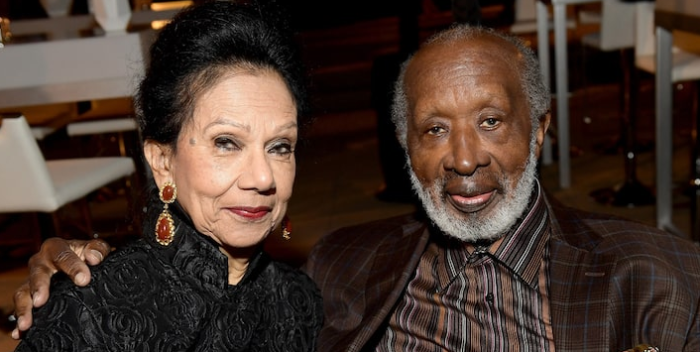 The Beverly Hills Police are always quick to tidy up a messy murder. In the case of Jackie Avant, they now think they have their man.

After saying yesterday that this “wasn’t a random attack,” the BHPD now have a random attacker. They arrested Maynor, Aariel, a 29-year-old black male of Los Angeles, California. They say he’s tied to another break in, in Hollywood, a short time later.

The whole story is shocking and miserable. Again, my condolences to the Avants. No one should have to live through something like this, and yet people do, every day thanks to guns being everywhere.

“Multiple surveillance videos, including City cameras, showed the suspect’s vehicle heading eastbound out of  Beverly Hills shortly after Mrs. Avant was shot early Wednesday morning. “At 3:30 a.m., LAPD Hollywood division responded to a reported shooting at a residence in the 6000 block of  Graciosa Drive. When they arrived, they found a male in the backyard suffering from a gunshot wound to his  foot. Following a thorough investigation by LAPD, it was determined that a burglary occurred at that residence, and the suspect had accidentally shot himself in the foot. He was subsequently arrested by LAPD and transported to a local hospital and has been in law enforcement custody since. “Beverly Hills detectives responded to Hollywood division and collected evidence connecting Maynor to the  homicide of Jacqueline Avant in our City, including the suspected weapon. Beverly Hills detectives have assumed  investigative responsibility for both cases. The investigation leads us to believe there is no further threat to public safety. The evidence thus far shows that only one suspect was involved in the crime and the motive remains under investigation.”