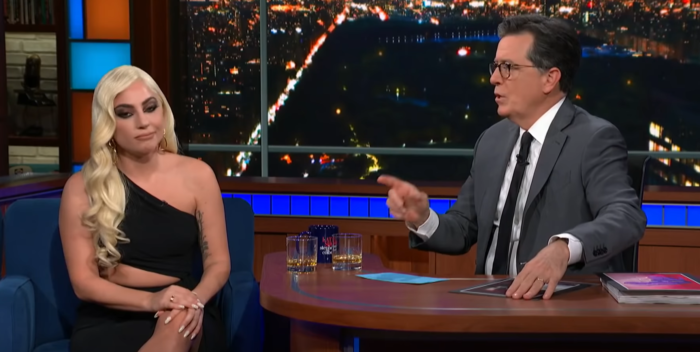 Lady Gaga appeared on Colbert last night to promote “House of Gucci” but also her Tony Bennett special airing November 28th on CBS. It’s one of the best interviews ever for both Gaga and Colbert.

Of course the best part of it is Gaga singing “Anything Goes” with Jon Batiste’s band. It’s off the cuff, full throated, and gorgeous. She is such a great jazz singer.

Gaga was also celebrating 6 Grammy nominations for her and Tony with their “Love for Sale” album. I predict they will win all of them, including Album of the Year.