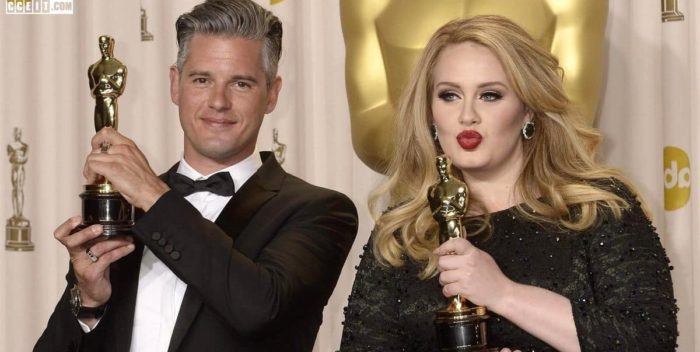 The full list of songwriters and producers is out for Adele’s ’30” album, and so is Paul Epworth.

The man wrote and produced “Rolling in the Deep” and “Skyfall” has no credits on the new “30” album coming next Friday.

Epworth put Adele on the map with “Rolling in the Deep.” On the “21′ album he also had “I’ll Be Waiting” and “He Won’t Go.” On the “25” album Epworth brought “I Miss You” and “Sweetest Devotion.” The pair won six Grammys together. And 1 Academy Award.

But on “30,” five of the ten songs are by Greg Kurstin including “Easy On Me,” the kick off single currently at the top of the charts, Kurstin wrote “Hello.” Adele’s big hit from the “25” album six years ago.

The other big winner songwriter on “30′ is Dean Josiah Cover, aka Inflo. Cover has three tracks on the album including “Hold On,” now being used as an Amazon commercial.

There are also songs by Max Martn and Shellback, Ludwig Goransson, and Tobias Jesso Jr. The latter wrote “When We Were Young,” from the “25” album.

But no Epworth at all on “30” is a shock. Epworth definitely gave Adele a bluesier sound. Kurstin goes for the big weepy piano ballads. There’s nothing wrong with the latter, but for me, “Rolling in the Deep” is the jewel in Adele’s crown. It took her places vocally and instrumentally that she should be revisiting now. It’s also hard to believe Epworth didn’t have a song for the cockney accented diva.

This is kind of a tradition for divas, isn’t it? Mariah Carey’s big early hits were with Ben Margulies. Then she dumped him. Norah Jones wrote “I Don’t Know Why” with Jesse Harris, and that was it. Barbra Streisand never went back to the “Stoney End.” Only Dionne Warwick stuck with a good thing when she struck gold with Burt Bacharach and Hal David, becoming the standard bearer for their songs.