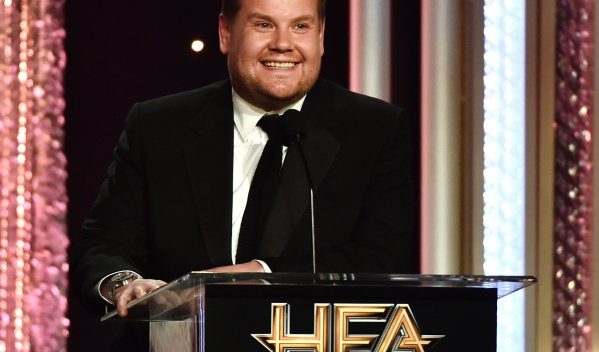 Those change.org peeps are at it again!

You may have heard on Friday that Tony winner and Oscar nominee Cynthia Erivo and pop star Ariana Grande have signed on stars of the “Wicked” movie. I’ve no doubt that somehow their theatrical predecessors, Kristen Chenoweth and Idina Menzel, will at least make cameos.

But there are plenty of other roles in “Wicked,” namely the Wizard of Oz. And you can only imagine that Tony winner himself, Corden, has his eye on it.  Corden’s Tony wasn’t for a musical, it was for “One Man, Two Guvnors,” a hilarious theater performance piece. Still, he fancies himself a musical man and almost starred on Broadway in a revival of “A Funny Thing Happened on the Way to the Forum.”

Since then, he’s turned up in movie musical versions of “Into the Woods” and “Cats,” each to different outcomes.  More recently he was in the screen adaptation of “The Prom.”

In the original stage production back in 2003, Joel Grey played the Wizard. So you could see maybe even Harry Styles in the film. Or maybe someone under 50 from the Broadway world.  Corden is man of many talents, but maybe he’ll sit this one out.