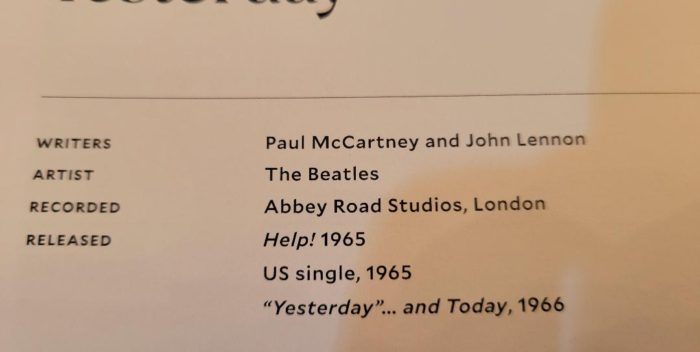 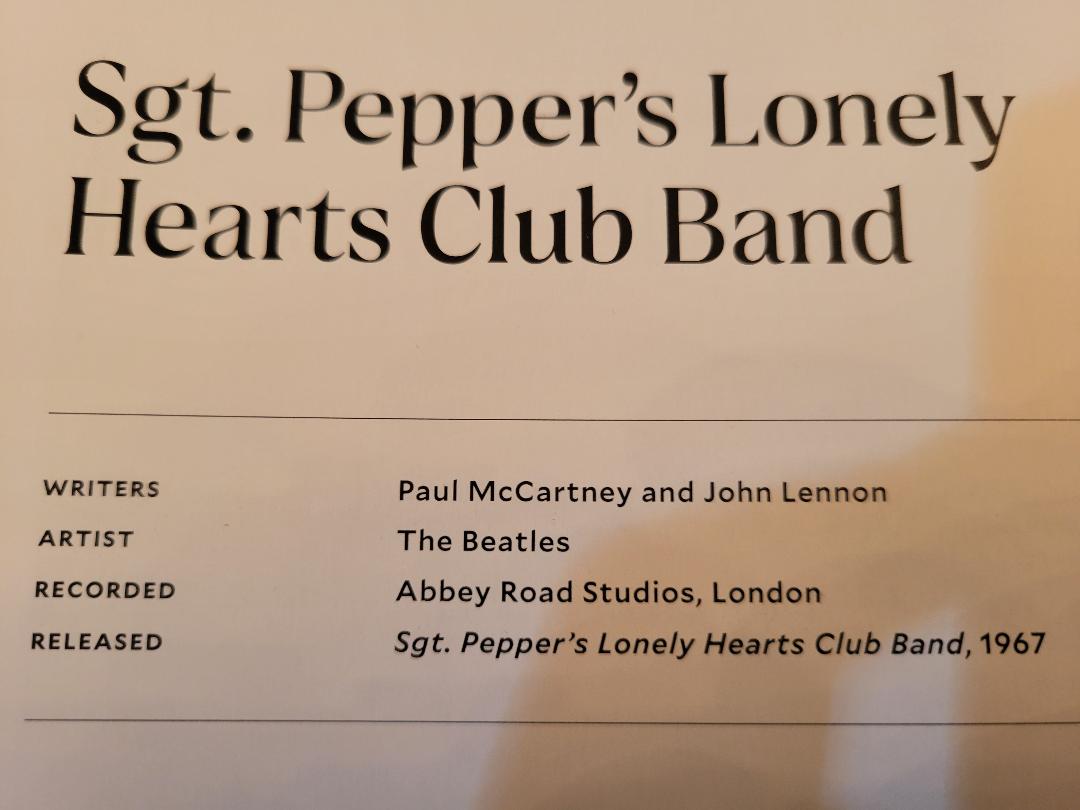 EXCLUSIVE For years, Paul McCartney has wanted to change the byline on songs he wrote for the Beatles. And now he’s done it.

McCartney and John Lennon had a deal they made when they met that the byline for all their songs would be Lennon and McCartney. I guess the consolation was their original publishing entity was called Maclen.

But Paul complained just recently that in the digital age, when credits appeared on a screen, his name didn’t fit, so it looked like ‘written by John Lennon and…”

A few years ago, Paul floated the idea and fans went nuts. No one wanted the change even though some early Beatles records actually have labels that read “McCartney-Lennon.” One early single actually reads “McCarthy- Lennon.” So there is precedent for this decision.

But now, after 60 plus years, Paul gets his way. In his new two volumes called “The Lyrics,” covering 154 songs, Paul has reversed the byline. All the songs he wrote or primarily wrote, are credited Writers: Paul McCartney and John Lennon. Those songs include all the obvious ones including “Yesterday,” “Hey Jude,” “Let it Be,” “Long and Winding Road,” and even “Sgt. Pepper’s Lonely Hearts Club Band.”

There are plenty of others, too, from “Paperback Writer” to “She’s a Woman” and “Obla Di Obla Da.” Paul doesn’t do it to songs Lennon wrote, or that they collaborated on.

“The Lyrics” covers all the Beatles hits and most of Wings’ chart toppers. I will say this two volume set is an invaluable artifact. It’s everything you want to know, at least from Paul’s point of view, about some of the greatest works in popular music history. (Plus the photographs are insanely good, and special.)

Every Beatles fan will want this collection, in addition to the new “Get Back” book that accompanies Peter Jackson’s documentary. We are awash in fascinating information about the Beatles!

My only frustration with “The Lyrics” is that some of the songs are so obscure even I haven’t; heard of them. And their glaring omissions, like a great McCartney song such as “Daytime Nighttime Suffering.” Or “My Brave Face,” his collaboration with Elvis Costello. And sometimes he’s light on information I would have preferred, like how he got the ideas for “Get Back,” and what it was like to have Billy Preston join the band.

Don’t worry– there are plenty of little minute revelations that may have been out there in universe or not, I don’t know. It’s like sifting through sand for gold, but when you finf it, hallelujah! Admiral Halsey was a real person, for example. “When I’m Sixty Four” was influenced by poet Louis MacNeice. (The ‘Chuck’ of grandchildren ‘Vera, Chuck and Dave’ was either Chuck Berry or Chuck Connors of “The Rifleman.”) Shakespeare lurks behind “Let it Be” and “With a Little Help from My Friends,” and others.

I’ve already told you in another item about “Eleanor Rigby.” McCartney mentions her in his telling of one of his greatest and most underrated singles, “Another Day,” his first solo chart hit. Paul says now the song was based on his idea of Linda living alone in New York City before she met, waiting for the “man of her dreams to take her away. The single was produced by the great Phil Ramone, who I was lucky enough to call a friend.

One more story here: Badfinger wanted to “put their spin” on Paul’s demo for “Come and Get It.” Paul refused, adamantly. He told them, “I want you to do it faithfully, because this is the hit formula. You’ve got to do it this way.” He adds he was afraid if he gave them credit, they would “cock it up.” As usual I am fascinated by McCartney the Creator. He always knew exactly what he wanted.

There are more little stories, and I will pull some out for another item or two. But I don’t know how a Beatles fan will be able to live without these volumes. They’re going to be used forever by biographers going forward. Grade: A Plus Plus Plus.

PS I was already down a rabbit hole reading the entire transcript of “Let it Be” from the “Get Back” book now on the bestsellers list. It is absolutely stunning to read how “Let it Be” was really a preamble for the master masterpiece, “Abbey Road.” In this book you can actually read how the songs were written in real time, and then we’ll see it in the Jackson documentary.

How am I ever going to get any other work done?