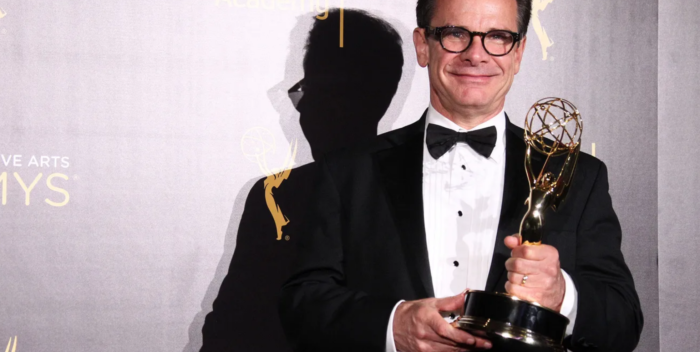 Peter Scolari was a class guy, friendly and funny and totally accessible. I had a few long encounters with him back in 2o13, before he got sick, when he was in “Lucky Guy,” the Nora Ephron play, on Broadway. His old friend, Tom Hanks, who starred in the play, made sure he was part of the cast.

Their friendship went back to the early 80s, when the two newcomers starred in “Bosom Buddies” on ABC. It was only two seasons, but it was their shared beginning, and they remained close to the end.

Coincidentally, when they were in “Lucky Guy” on Broadway, their “Bosom Buddies’ co-star, the great Holland Taylor, was also on the boards playing Ann Richards in “Ann” at Lincoln Center. The two guys were thrilled, and so was Holland, who received Tony And Drama Desk nominations. It was a fitting full circle.

On “Bosom Buddies,” Peter was the straight man to Hanks’s cut up. He was also the cute guy, getting the girls once he revealed that he was just cross dressing. He was hilarious. When he debuted on “Newhart” as Michael, the officious self centered 80s metrosexual, his stock went through the roof. He and Julia Duffy were magic together.

“Newhart’ set him  up for lots of roles with four Emmy nominations. He finally won his Emmy more recently, playing Lena Dunham’s father on “Girls.” He was poignant and funny, and winning as ever. This death is cruel because he had so much left in his career. Condolences to his family and friends, and to Tom Hanks, who I’m sure is devastated.

I knew that Peter was sick, but his death comes as a great shock. We were friends for over 40 years. Julia and Peter were an essential part of the success of "Newhart." He was a fantastic person & a joy to work with. He will be sorely missed, his passing at 66 is way too early. pic.twitter.com/qGu5wMQKfr