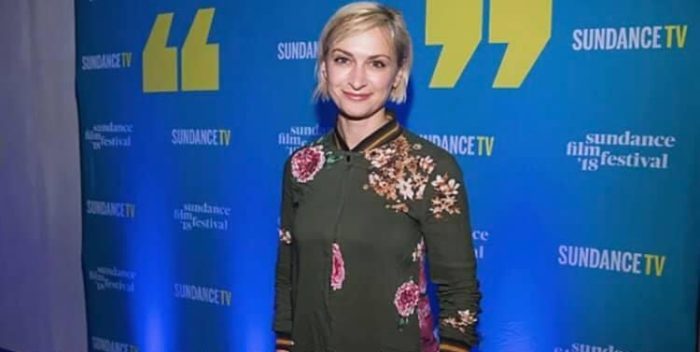 Earlier today, Alec Baldwin posted to Twitter his remorse about the death of Halyna Hutchins, the 42 year director of photography who was killed o the Santa Fe set of his movie, “Rust,” yesterday.

Baldwin wrote: “There are no words to convey my shock and sadness regarding the tragic accident that took the life of Halyna Hutchins, a wife, mother and deeply admired colleague of ours. I’m fully cooperating with the police investigation to address how this tragedy occurred andI am in touch with her husband, offering my support to him and his family. My heart is broken for her husband, their son, and all who knew and loved Halyna.”

Everyone is in shock right now. But the word is that the gun, as I reported last night, was “hot” — it had live ammunition even though it was a prop gun. The questions are going to be why? and who loaded it? And how did it get fired in a scene without a test or rehearsal?

For Baldwin this has to be devastating. A woman is dead, her child is without a mother. I’ve heard that “Rust” might go on and resume filming, although this seems unlikely. Who would want to be on that set now?