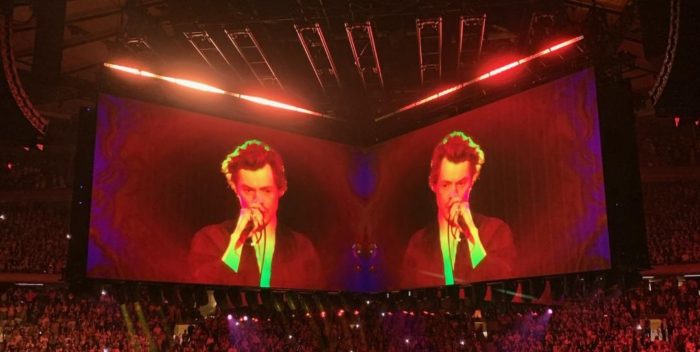 Saturday night was busy. At Madison Square Garden, Harry Styles came back for a third show this month and sold out the arena. I’m told the famed concert venue was “packed.” Interesting note: no boas or dresses or other gender fluid costumes. Harry is dressing conservatively. Maybe it’s his relationship with Olivia Wilde. The former One Direction star sang all his solo hits including “Watermelon Sugar” and his old group’s signature hit, “What Makes You Beautiful.” Actress-director Zoe Kravitz was among the celebs spotted in the audience… 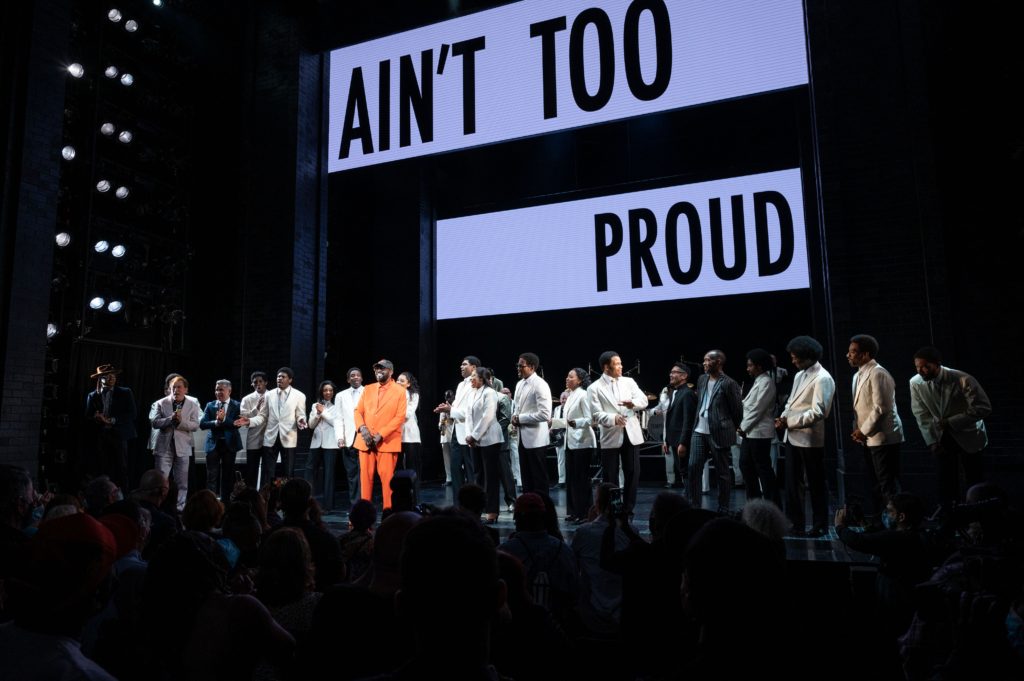 On Broadway, shows are reopening left and right. Saturday marked the return of the Temptations musical, “Ain’t Too Proud.” Original Temptation Otis Williams celebrated his 80th birthday on stage with the cast. A day earlier, John Legend visited the cast for a rehearsal and went backstage. He recently performed with them on the Tony Awards special. Legend has added his name as an executive producer of the show, which means he invested in it and maybe his eye on a movie.

The show was featured today on “Good Morning America.” I can’t wait to see it again!

A post shared by Ain’t Too Proud Musical (@ainttooproudmusical)

PS Saturday afternoon at the Metropolitan Opera I caught Terence Blanchard‘s amazing opera, “Fire Shut Up in My Bones.” Baritone Will Liverman stars as Charles, alongside soprano Angel Blue as Destiny/Loneliness/Greta, soprano Latonia Moore as Billie, and Walter Russell III — an insanely talented young man — as Char’es-Baby. I was knocked out by the production, directed by James Robinson and Camille A. Brown. Camille A. Brown is the choreographer, which is important to know because this is an opera with dance and movement that is glorious. There’s a gospel chorus scene in a church and a fraternity dance that must be seen along with the sensational voices.