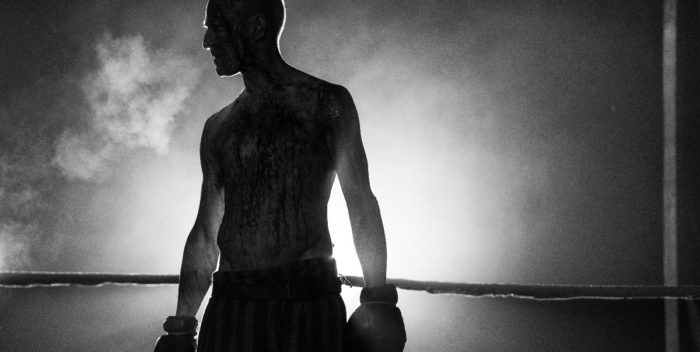 I’m hopeful they will give “The Survivor” a theatrical run before or with its HBO/HBOMax run. Ben Foster is said to be incendiary in this film, and it’s been buzzed as one of Levinson’s best. That’s saying a lot looking at his resume from “Diner” through the outstanding “The Humbling” with Al Pacino. Levinson also has an award-studded resume with HBO on films he’s made for them. And let’s never forget “Rain Man.” And “Tin Men.” And “Avalon.” And “Good Morning Vietnam.” And “Wag the Dog.” Wow.

Based on the book “Harry Haft: Survivor of Auschwitz, Challenger of Rocky Marciano” by Alan Haft, the film was directed by Academy Award®-winner Barry Levinson (HBO’s “Paterno,” “You Don’t Know Jack” and “The Wizard of Lies”), whose previous HBO films have amassed a combined 26 Emmys®, with a script by Justine Juel Gillmer (“The 100”).

“The Survivor” is based on the incredible true story of Harry Haft, who, after being sent to Auschwitz, survives not only the unspeakable horrors of the camp, but the gladiatorial boxing spectacle he is forced to perform with his fellow prisoners for the amusement of his captors. Unbeknownst to those who try to destroy him, Haft is driven by the most important reason any man has to survive, a quest to reunite with the woman he loves. After a daring escape, he makes his way to New York, where he succeeds in using his boxing skills to establish a name for himself in the hopes of finding his one true love. His indomitable spirit lands him in the ring with boxing legends like Rocky Marciano as he fights to make sense of his past and reclaim the life that was stolen from him.

For Levinson and Foster it’s a reunion, too. Ben got his start with Levinson in “Liberty Heights” 20 years ago.