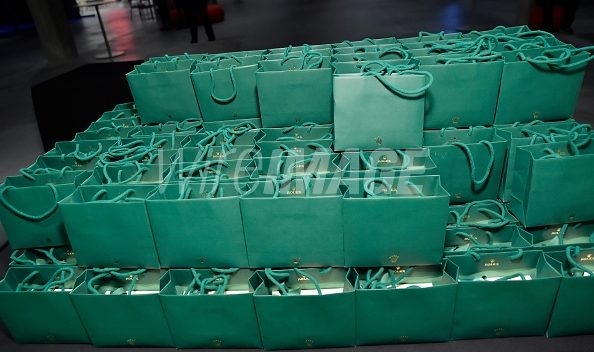 Lady Gaga stole the show in Hollywood Saturday night at the opening of the Academy of Motion Pictures Museum.

(Everyone got cool looking gift bags, pictured here. Back here in New York I watched the two newest episodes of “Only Murders in the Building” and slept off “Macbeth” and “Many Saints” premieres.)