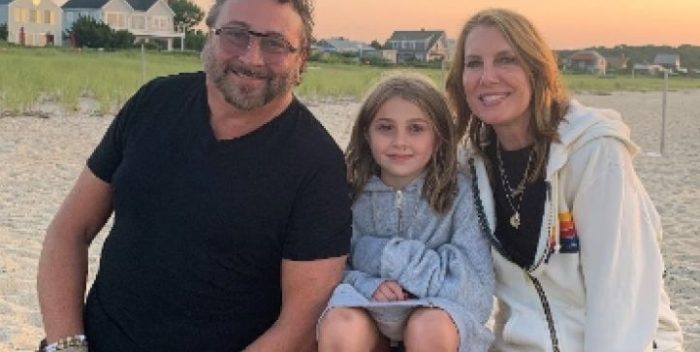 A lot of  people in the music world lost a huge friend today. Jerry Blair has passed away at age 60 from COVID. Apparently he was not vaccinated, for his own reasons. I’m told he spent the last four weeks on a ventilator. I am in tears but I am also so angry with him.

Every fan of Mariah Carey should light a candle for Jerry. He was the one who put her records on the radio. And when he and Mariah were discharged from Columbia Records, they basically left together. It was Jerry who kept her on the radio, started a label called MonarC with her, and so on and on.

Jerry’s 11 years at Columbia were halcyon days. His acts included The Fugees, Destiny’s Child, Jessica Simpson and Aerosmith, who he put together with Diane Warren for “I Don’t Want to Miss a Thing,” the single that re-started their career. He also orchestrated the promotion and marketing campaigns for legendary artists Bruce Springsteen and Billy Joel.

Jerry also lit the fuse for the Latin-pop explosion by launching Ricky Martin’s U.S. career with his signature hit, “Livin’ La Vida Loca..” This paved the way for Shakira, Marc Anthony, Jennifer Lopez and Enrique Iglesias, to cross over into the English market.

When Mariah was leaving Tommy Mottola and Sony, it was Jerry who backed her. Seeing the end of an era coming, he also made contact with Arista Records. Mottola and Donnie Ienner, catching wind of this, retaliated and fired Jerry, and removed him from the Sony building. How do I know this? I was there. After Jerry exited the building I hung out with him in his SoHo loft. He was in shock, but Arista was waiting, and beyond that Mariah. He launched her “Charmbracelet” album after “Glitter” crashed, started the MonarC Label, and never looked back.

Since then, Jerry has remained a force in the business, navigating radio and marketing like a whiz. The last time I spoke to him was after Mariah published her memoir and left him out of it. We laughed about it heartily. (Jerry had to sue Mariah at one point because she stiffed him. That was the end of MonarC).

The news that Jerry is dead at 60 really stings. Whatever his reasons were for not getting the vaccine, they were wrong. I can’t believe it because he was on the cutting edge of everything. He had the first Blackberry, which he operated frantically with two thumbs texting a mile a minute. He would crack me up. “Jerry, can you look up for a minute?” I bet everyone he knew said that to him. He was mesmerized by it.

We were at each other’s birthdays back when we celebrated birthdays, always laughing, toasting, and I will remember him enjoying life. This is a miserable ending, much too soon.  I will miss him a lot. A lot. Jerry is survived by his wife Karen and daughter Suzette, 9, son Josh, 26, and sister Michelle. Condolences to all of them.