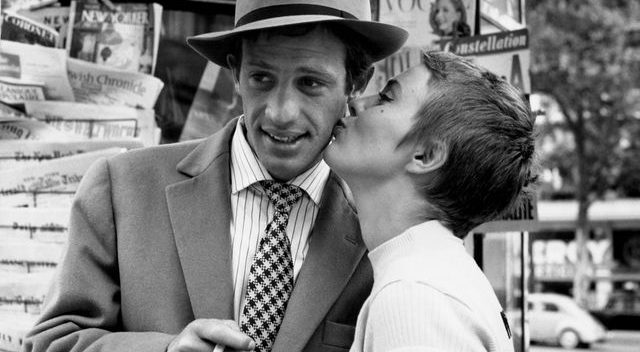 Jean Paul Belmondo, the biggest thing to come out of France since fromage, has died at age 88. The famed actor has his breakthrough role in Jean Luc Godard’s “Breathless” in 1960 and never looked back. He became a superstar of the French new wave and international cinema.

Belmondo starred in action films, comedies, rom coms and worked like crazy in the early to mid 60s. He is said to have wanted to come to Hollywood but never learned English and remained a French and international star. He worked several times with Godard, and with every famous French director including Louis Malle, Claude Chabrol, and Francois Truffaut.

Belmondo’s last film was around the year 2000, but by then he had become a successful producer as well. He was married three times, had many famous lovers, and during the height of his fame had a seven year relationship with Ursula Andress (who had her own wild romantic life). His last child was born when he was 70 and in his second official marriage.

He won the Cesar, the French Oscar, in 1969, for Claude Lelouch’s “Itinerary of a Spoiled Child.”