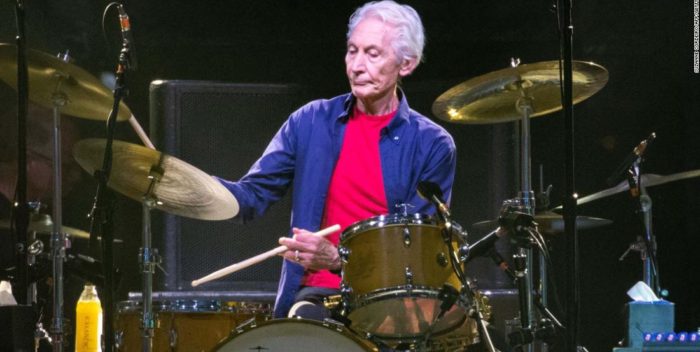 Charlie Watts had the longest marriage, lived the best life, and was the standard bearer for The Rolling Stones. He has died at age 80. The rock world mourns the loss.

Doherty said: “Charlie was a cherished husband, father and grandfather and also as a member of The Rolling Stones one of the greatest drummers of his generation.”

Watts had pulled out of the Stones next tour after having a surgical procedure. He said on Twitter that he felt his timing was off, but expected to recover from whatever was ailing him.

Steve Jordan is replacing him as the Stones’ drummer but no one can really ever replace him. Charlie was the heart and soul of the Stones. With his exit, we are down to two original members, Mick and Keith.

Charlie married Shirley Ann Shepherd in 1964. They have a daughter, a grandaughter, and a step-grandson. They lived a grand life, but he was never like the other Stones. Watts was a family man, and a serious musician. What a shame.

Steve van Zandt Tweeted: “Oh no! This is terribly shocking. Not just one of greatest drummers in one of the greatest bands of all time, but a gentleman’s gentleman. He singlehandedly brought the Rock world some real class. Rock and Roll will miss him profoundly. We are significantly less without him.”