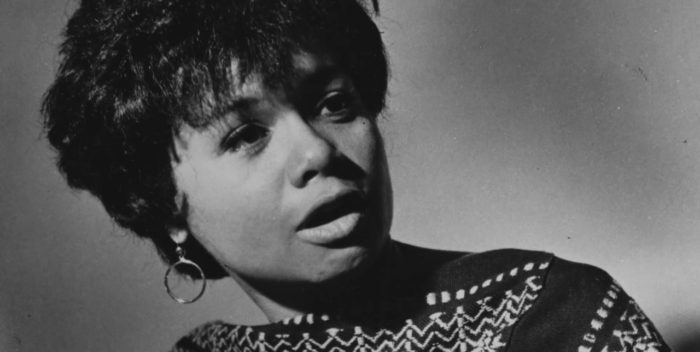 Back in 1965, there had never been a full time character on an afternoon soap played by an African American woman. Then came Micki Grant, who played legal secretary Peggy Nolan for seven years on NBC’s “Another World.” The character was created by Agnes Nixon. According to the IMDB she was  in nearly 500 episodes.

Micki Grant died this weekend, and it seems like she was possibly 90 years old. Someone on Wikipedia has written that she looked young so she shaved a decade off her age to get roles. I remember when I was in grade school, she was a cute as a button on “Another World.” What’s interesting is that she was the forerunner of Peggy, the legal secretary played on “Mannix” beginning in 1968. Great minds think alike.

But Micki Grant had another life. She was a dynamo in New York theater. She had three Tony nominations for writing shows including the hit, “Don’t Bother Me I Can’t Cope.” She received an Obie award for writing the music and lyrics to that show when it started off Broadway. She worked often with collaborator Vinnette Carroll, and contributed to more than a dozen shows including “Yours Arm Too Shot to Box with God” and “Eubie!”

Grant continued to appear on the New York soaps after she left “Another World,” taking roles on “Guiding Light” and “The Edge of Night.”

The New York Times had better give her a big obit and send off.