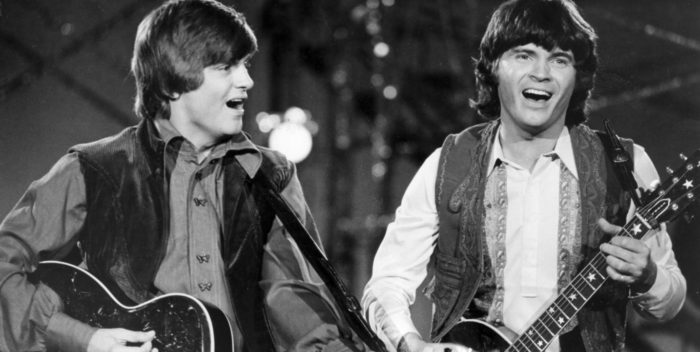 The Beatles loved the Everly Brothers and emulated them on many records. So did Simon & Garfunkel and dozens of other groups who were influenced by the Everlys’ harmonies. (I used to love it when Dave Edmunds and Nick Lowe gave them tributes.)

Don Everly died of a heart attack yesterday. He was 84 years old. The tributes are pouring in.

Paul McCartney loved the Everlys. He once said that when he and John Lennon were starting out, he was Don and John was Phil.

In the 1980s, Paul wrote and produced a single for them called “On the Wings of a Nightingale.” (see below). But in the 70s, Paul acknowledged the brothers in his hit single, “Let ‘Em In.” The chorus gave them a shout out:

RIP Don Everly, who preceded his brother in death by 7 years. They didn’t always get along, but the music they made was magic.