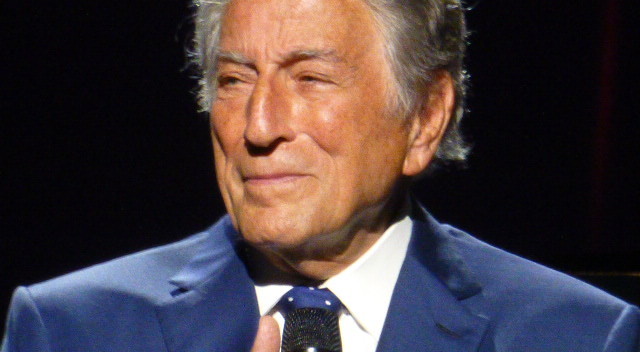 BREAKING: Gov Cuomo declares today Tony Bennett Day in New York and dedicated a bench to him in Central Park where Tony famously sits and paints. 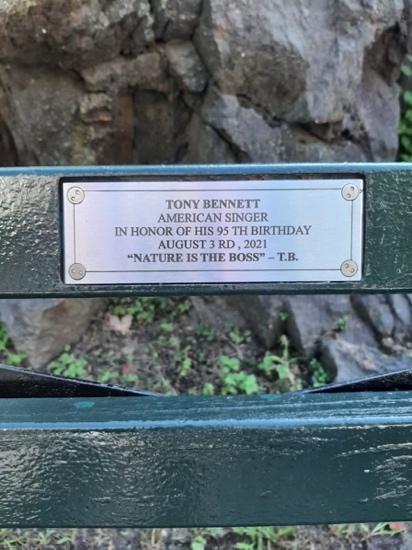 The hardest choice I had to make in a while was whether to see Tony Bennett perform tonight, on his actual 95th birthday at Radio City Music Hall or on Thursday at what might be the last show of his insanely popular and successful long run.

I chose the birthday, tonight. I can’t wait to see him with Lady Gaga.

The first time I saw Tony live was in 1986 at the Oakdale Music Center in Connecticut, with Rosemary Clooney. I didn’t full appreciate him then. When rock came charging into the world in the 60s, singers like Tony, Vic Damone, Mel the Velvet Fog Torme, and so on– they were out of date, corny, your grandparents’ singers. Just the thought of Andy Williams was repugnant. (The only one who hung on as cool was Sinatra. Always Sinatra.)

We all had to grow up to appreciate what Tony Bennett did, how he did it, what it all meant. We also didn’t realize that as the other guys from his class of entertainer were falling by the wayside, he was getting better, stronger, richer, deeper. He was plumbing new depths of jazz, showtunes, the American songbook, even a little pop.

Tony has outlasted everyone, for a reason. Yes, his voice, but also his soul. You don’t know how he turned his life around after a bad patch, reclaimed his art. His social politics, liberal, progressive, forward thinking, had been obscured. Now as the smoke and noise of the 60s and 70s cleared, we could hear him for who he was, and see him clearly.

Tony’s son, Danny, had a lot to do with it. He lined Tony up with appreciative stars of the day. The first “Duets” album in 2006, the second one that followed, gave him his first hits in decades. Tony was in demand! And his voice– it was like a fine aged wine, the kind that go up for auction and sell for millions. Plus, there he was with his Frank Sinatra school in Queens and his arts charity. Tony Bennedetto was New York!

Stop me if you’ve heard this before: Phil Ramone produced “Duets II” in 2011. He and Tony invited Aretha Franklin to record “How Do You Keep the Music Playing.” I was one of a few who accompanied Aretha to the session at a studio on Manhattan’s West Side.

It was 100 degrees outside and one hundred and fifty degrees inside because Aretha had them turn off the AC. She wore a sleeveless white linen top. Tony sported a full suit, with matching monochromatic blue shirt and tie. After one pass at the song, they emerged from the studio into the hallway. Aretha had not broken a sweat, fanned herself and asked for a soft drink. Tony was shhvitzed from top to bottom, sweat on his brow, the shirt and tie clinging to him.

His eyes narrowed at me. “I got dressed for Aretha Franklin,” he said in his raspy voice,beaming with pride. “I’m not taking it off.” He was drenched but he was too much of a gentleman to admit it.

I told Aretha what he said. She replied, with a chuckle, “We brought Tony Bennett to the studio and he burst into flames!”

They finished theie recording. It remains a highlight of both of their illustrious careers.

Happy Birthday, Tony. See you tonight at Radio City. It will be historic!