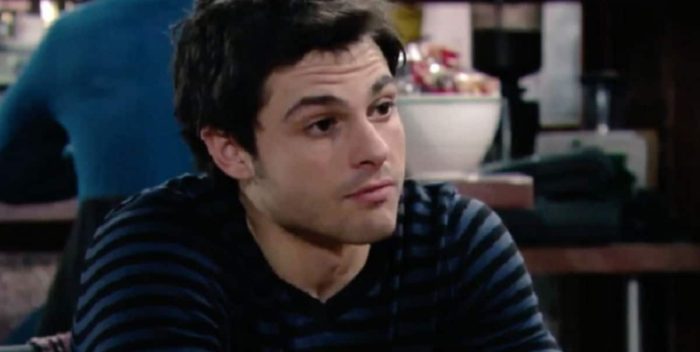 When “Days of our Lives” announced a five part streaming mini series this week, one name on the cast list rang a bell.

Zach Tinker has been hired as the re-cast character Sonny Kiriakis. The 26 year old actor’s last name sounds familiar because he’s the grandson of the late legendary TV mogul, Grant Tinker. The silver haired Tinker was famous for creating MTM Studios with his wife, Mary Tyler Moore, and launched a bunch of classic hits including her self-named show, plus Rhoda, Lou Grant, Hill Street Blues, and St. Elsewhere, among others. After that, he ran NBC successfully for several years.

Zach Tinker, 26, is the son of John Tinker, who wrote for “St. Elsewhere,” the greatest hospital show of all time, which was produced by Mark Tinker (Grant’s son, John’s brother) and Bruce Paltrow, the late great father of Gwyneth. More recently John Tinker has been writing for Hallmark’s “When Calls the Heart” and other series.

I’m told the folks at “Days of our Lives” had no idea their new actor had such a storied lineage.

Zach appeared last year on “The Young and the Restless” and has had a bunch of solid jobs on shows like “American Horror Story” and “NCIS.” He’s certainly following in the family line of work! Zach’s mom is an exec at Disney.

I love stories about Hollywood families. Talent is talent. We wouldn’t have a lot of our favorite people without this tradition, from Michael Douglas, Jane Fonda, and Candice Bergen to Lucie Arnaz, Ben Stiller, Zosia Mamet, Matthew Broderick, John David Washington, and on and on! Sigourney Weaver’s dad created the Today show!

PS Zach could not actually call MTM his stepgrandmother. Tinker and Moore were divorced in 1981. Zach was born, basically, yesterday.