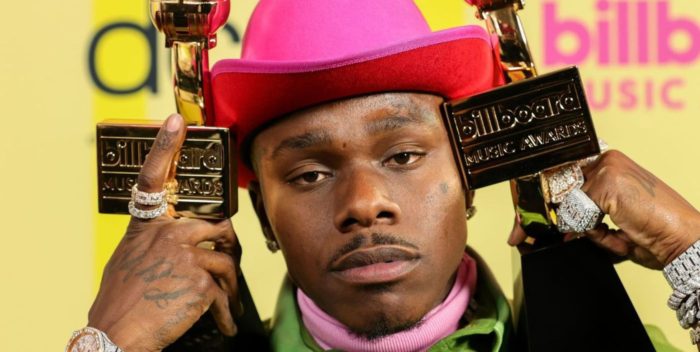 Rapper DaBaby is in a career free fall.

Latest news is the performer whose real name is Jonathan Kirk has been dropped from the three day Governor’s Ball festival in September in New York. They’ve scrubbed him from their posters and website.

On Twitter the festival wrote: “Founders Entertainment does not and will not tolerate hate or discrimination of any kind. We welcome and celebrate the diverse communities that make New York City the greatest city in the world. Thank you to the fans who continue to speak up for what is right. Along with you, we will continue to use our platform for good.”

This and DaBaby’s ousting from Lollapalooza comes after reports of the rapper’s incendiary homophobic comments in public last week. Elton John, Madonna and other celebrities have denounced him. He responded on Twitter with this:

“Anybody who done ever been effected by AIDS/HIV y’all got the right to be upset, what I said was insensitive even though I have no intentions on offending anybody. So my apologies But the LGBT community… I ain’t trippin on y’all, do you. y’all business is y’all business.”
That didn’t make things any better, of course. DaBaby will have to call Nick Cannon, who was briefly ostracized for being anti-Semitic last year. Cannon went on a big apology tour and wormed his way back into the good graces of people who could make money off of him. (Others, not so much.)
Who will be next to drop DaBaby? He’s set to be at the Hot97 Summer Jam at the Meadowlands is August 22nd. I would imagine they are scrambling to find a replacement right now.