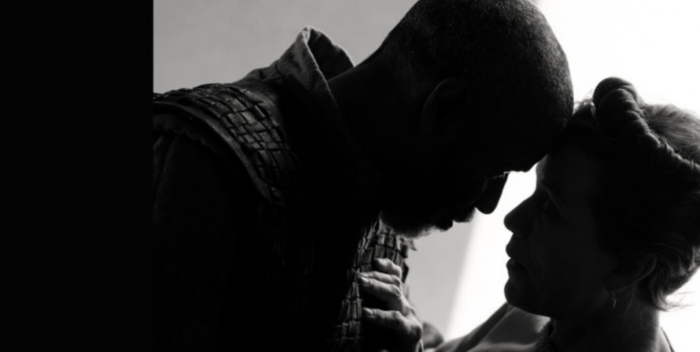 She’s playing Lady Macbeth and Denzel Washington is her put upon husband in “The Tragedy of Macbeth.” The movie, directed by McDormand’s husband Joel, is opening the New York Film Festival on September 24th.

McDormand now has three Oscars, the third of which came this past April with “Nomadland.” Can she make it four? It seems certain she’ll at least get a nomination. Denzel has two Oscars and is in the hunt for the third. If he comes to the premier, he’ll be bringing his large contingent of bodyguards, I’m sure. (I’ll never forget the opening of “Flight,” very amusing.)

This film, from Apple and A24, is a change of pace for Coen. He adapted Shakespeare’s Scottish play without his brother, Ethan, a rarity for sure. There are few other ‘name’ actors in the cast except for Brendan Gleeson and Corey Hawkins, who plays MacDuff.

Some things do remain the same: the great Carter Burwell composed the score.

A press release says: “Though it echoes the forbidding visual designs—and aspect ratios—of Laurence Olivier’s classic 1940s Shakespeare adaptations, as well as the bloody medieval madness of Kurosawa’s Throne of Blood, Coen’s tale of sound and fury is entirely his own—and undoubtedly one for our moment, a frightening depiction of amoral political power-grabbing that, like its hero, ruthlessly barrels ahead into the inferno.”

So set the Oscars countdown clock, and let’s get ready for the return of the NY Film Festival to Alice Tully Hall.