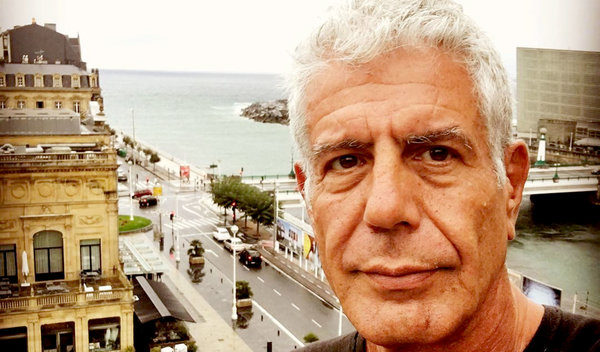 (Here are some links to catch you up.)

The doc is from Oscar winner Morgan Neville, who has done something in the film never done before and hotly criticized today by filmmakers who are just finding out about. He used Artificial Intelligence to piece together Bourdain’s voice. He’s got Bourdain reading aloud in the film things he never said and there are no recordings of.

This is considered blasphemy among real documentary filmmakers. It’s also questionably unethical. On top of that, Neville said in a New Yorker interview: ““I checked…with his widow and his literary executor, just to make sure people were cool with that,” Neville said. “And they were like, Tony would have been cool with that. I wasn’t putting words into his mouth. I was just trying to make them come alive.”

His widow, Ottavia Bourdain, responded to that assertion swiftly on Twitter: “I certainly was NOT the one who said Tony would have been cool with that.”

Neville is a serious filmmaker. I can’t for the life of me understand how such an idea was invented in the first place. It would have been one thing to have an actor read Bourdain’s thoughts or emails, but to cobble together his voice from shards and teach it to speak like the subject– this is an outrageous mistake in judgement.

He tells the New Yorker: “I created an AI model of his voice,” Neville says. He goes on to say, “If you watch the film, other than that line you mentioned, you probably don’t know what the other lines are that were spoken by the AI, and you’re not going to know.”

In a GQ interview he explained:  “We fed more than ten hours of Tony’s voice into an AI model. The bigger the quantity, the better the result. We worked with four companies before settling on the best. We also had to figure out the best tone of Tony’s voice: His speaking voice versus his “narrator” voice, which itself changed dramatically of over the years. The narrator voice got very performative and sing-songy in the “No Reservation” years. I checked, you know, with his widow and his literary executor, just to make sure people were cool with that. And they were like, Tony would have been cool with that. I wasn’t putting words into his mouth. I was just trying to make them come alive.”

What???? And no one stopped him to say, Are you insane? Something has gone way wrong here in the thought process that led to this episode.