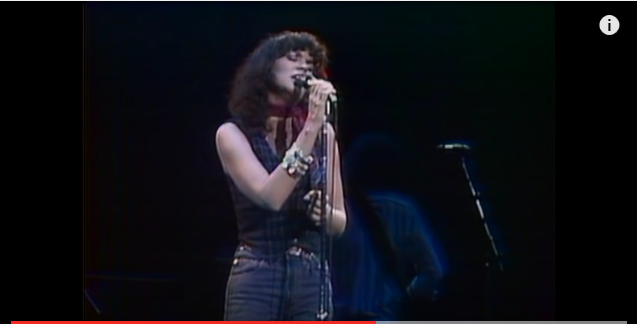 There simply was no one else like Linda Ronstadt at the height of her fame. That big voice! Coming out of that little body! Rockin’. Plaintive. Soulful. She had it all.

There is no other album like “Heart Like A Wheel,” the record that broke through for her. Producer Peter Asher, an amazing band, and a selection of songs that all sounded cool. She even made Paul Anka hip covering “It Doesn’t Matter Anymore,” the hit Anka wrote for Buddy Holly.

And all that Buddy Holly, Linda made him cool again too 15 years after his tragic death. Her versions of “That’ll Be the Day” and “It’s So Easy” remain as compelling as her Smokey Robinson hits– “Ooh Baby Baby” and “Tracks of My Tears.” Linda’s take on Betty Everett’s “You’re No Good” solified her as a soul singer.

So is she soul, pop, country? Any song she chose to re-interpret became her own. And then she took Broadway with “The Pirates of Penzance,” real deep country with Dolly and Emmylou, orchestras with Nelson Riddle, duets with Aaron Neville, and on and on.