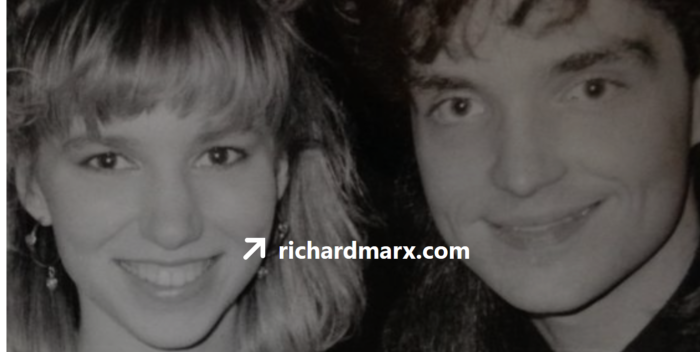 Talkin’ about the next generation:

Debbie Gibson and Richard Marx are each pop icons from the 1980s. They weren’t from my world, but they were each each very popular and continue to be.

Now comes news from both of them. Gibson will release her long- awaited new pop album on August 20th—her first in 20 years. Her 10th studio album is called “The Body Remembers,” and  features 15 new tracks written or co-written by Gibson, along with a studio version remake of her 1989 hit power ballad “Lost in Your Eyes”—now a duet with Joey McIntyre, out today.

“I’m in the zone musically on this album like never before,” says Gibson in a statement. “There’s a flow happening and it’s very exciting. I’m excited to be releasing an album that people of my generation can relate to that also feels modern.”

Gibson and McIntyre, from New Kids on the Block, are also on tour this summer.

And then there’s Richard Marx, who made the girls swoon in his 80s MTV videos. He’s got a memoir coming on July 6th called “Stories To Tell” with a two-disc companion release featuring remastered versions of his biggest hits plus never before released demos, and live tracks. Plus he’s recorded fresh interpretations of songs he wrote for other artists including NSYNC’s “This I Promise You,” Josh Groban’s “To Where You Are” and Keith Urban’s “Better Life.”

Whew! I didn’t know this but Marx is now coupled in real life with MTV’s Daisy Fuentes. He also suffers from an undiagnosed malady. He looks pretty good nonetheless in this clip from Mother’s Day: