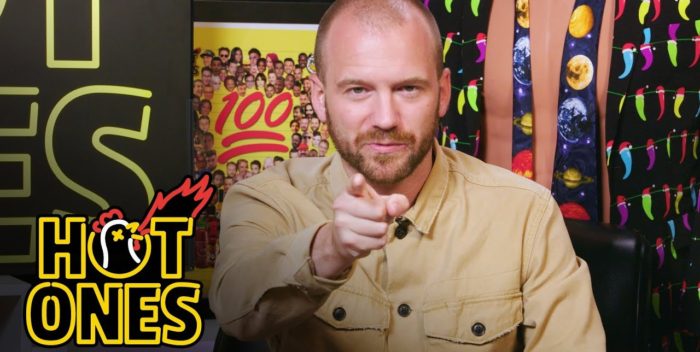 Sean who? Some guy named Sean Evans who hosts a show on YouTube was nominated for a Daytime Emmy award for Outstanding Talk Show Host last night.

Such is the power of YouTube that this Evans, whose name we’ll learn now, beat out Ellen DeGeneres, Tamron Hall, and a number of marquee names. Also, Sean Evans isn’t even on television! He’s on YouTube. His show, called “Hot Ones,” is on the internet.

That’s a big deal, I’d say. While syndicators are scrambling to find new faces for talk shows, this guy has an Emmy nod and no one knows who he is.

The Daytime Emmys for some reason released two categories last night the others will come today at noon. The actresses from “General Hospital” got three of the five top spots. (They could have had all five, really, as Maura West and Laura Wright didn’t make it, which is unusual.) There were no lead actresses from “Days of our Lives.”

Here are the two categories so far:

The nominees for Outstanding Performance by a Lead Actress in a Drama Series are: Jacqueline MacInnes Wood (Steffy, The Bold and the Beautiful); Melissa Claire Egan (Chelsea, The Young and the Restless); and from General Hospital, Genie Francis (Laura), Nancy Lee Grahn (Alexis), and Finola Hughes (Anna/Alex).