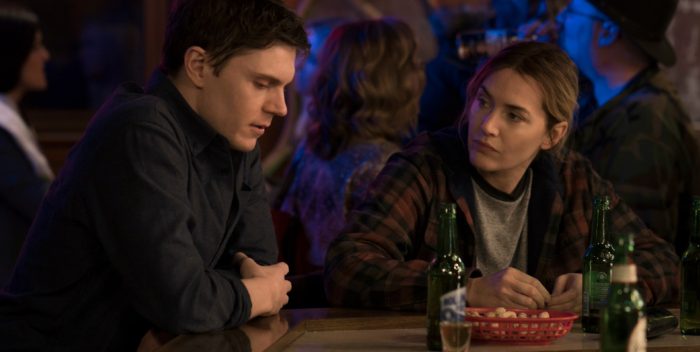 HBO will claim double that with HBO Max, which we can’t confirm but I’ll bet it’s not far off the mark.

In Ep. 3, Kate Winslet — who was excellent already — really sank in, so to speak. She inhabited Mare, vaping away under pressure, everyone in her life falling apart. Mare emerged as an even better detective, but then, at the end, there was a twist no one saw coming: Mare will break the law for her own purposes. That was wild. Now she’s on temporary leave from her job, stripped of her gun and badge.

Now we know something bad will happen. This is great story telling: make your hero vulnerable without their “super powers.”

The other big revelation of the night was seeing her detective buddy Colin Zabel (named for the show’s runner, Craig Zobel) get drunk and hit on her in the bar. Evan Peters has mostly lived in the Ryan Murphy world of “American Horror Story” series. As Zabel (I know a powerful lawyer with that name, which cracks me up), Peters came in as a lamb, an innocent shucks kind of guy and then showed a nasty side again, unexpected.

The whole cast is excellent. They’ve made Jean Smart look as bad as they can– the makeup!– and all the men seem predatory possible killers. The only one who doesn’t is good guy Richard, played by a star, Guy Pearce. You know he did it. Now Richard reveals a failed marriage and a son who doesn’t talk to him. Is the son the killer? Is Richard in town looking for him? It’s one of them, that’s for sure. (Maybe Zabel is the son.)

Like “The Undoing,” “Mare of Easttown” is a page turner for TV. The audience will keep growing week to week. The series sends on May 30th. But Mare could certainly go on to a second season of detective work. Kate Winslet is just off the charts good. She’s got all the awards lined up. Good for her! She already has proven herself over and over on the big screen.

After Nicole Kidman and now Kate have been such huge successes with HBO in this genre, I can’t wait to see who’s next in line.