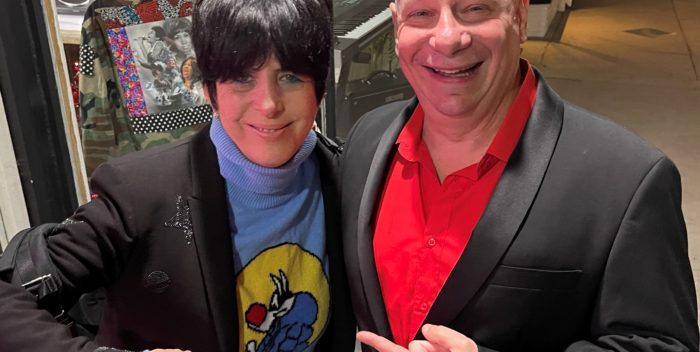 Last night’s Oscar-eve Zoom gala was The Night Before, the usually in person fundraiser for the Motion Picture Home in Woodland Hills, California.

A kind of un-Quarantunes, The Night Before was quirkily produced and in the end had some outstanding moments. And there was also Gary Oldman, crooning with a jazz band.

But the serious presentations were worth whatever it cost to log on to this thing. Andra Day gave an absolutely stunning performance of Billie Holiday’s “God Bless the Child” accompanied by Kris Bowers. (They are each Oscar nominees tonight.) Wow!

Twelve time Oscar nominee Diane Warren got a special tribute from LeAnn Rimes, who performed their hit, “How Do I Live” and El DeBarge, who came to the piano for his Warren hit, “Rhythm of the Night.” But it was Broadway’s Brandon Victor Dixon who stole the show with his version of Aerosmith’s “I Don’t Want to Miss a Thing.” Someone should release that recording as a single, pronto!

“The Night Before” took a while to get off the ground. Luckily Tony winner Lena Hall saved the pre-show entertaining guests with hits from Prince, Queen, and so on. Hall, who needs a hit show of her own, is a versatile entertainer and a good sport. She had to keep adding songs as the show’s take off was delayed. Luckily she had a nice A list audience sending in requests on the chat board.

Another highlight of the Zoom, which began at 11 pm Eastern, was Macy Gray introducing a great new single she dropped on Friday called “Thinking of You.” Macy has had an up and down career with one massive hit, “I Try,” and lots of good records. But this one I really liked, I wish radio would do something for her.

Eventually, I tuned out of this special because of the late hour. Certainly the oddest moment was Gary Oldman performing with a jazz combo. It was a little like Kevin Spacey doing his Bobby Darin imitation. Great actors can “do” singers even when it verges on self-parody. But he looked like he was having fun. There’s nothing wrong with that.

But just to reiterate: if the Motion Picture Home wants to make some money, release those Andra Day-Kris Bowers and Brandon Victor Dixon videos. Sensational!

PS Okay one funny thing. Comedian Jeff Ross did a little stand up with Diane Warren, at her expense. Thank god she has a sense of humor. Ross noted that Warren (who does curse like a sailor) was a fan of George Carlin’s Seven Words You Can’t Say On Television.

Cracks Ross: “You know seven other words you won’t hear on television tomorrow night? And the Oscar goes to Diane Warren!”

Warren laughed, she couldn’t believe it. You could hear people in the room do spit-takes.