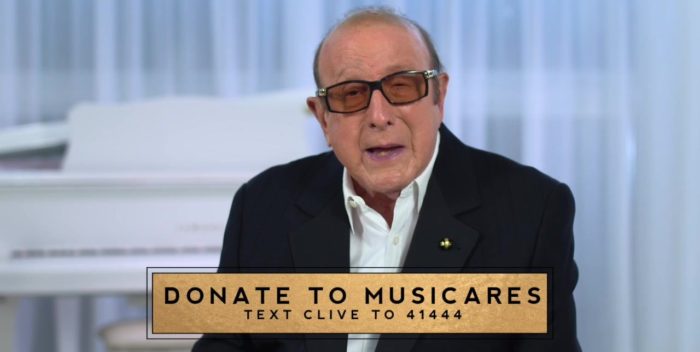 Look at this release I just got. Holy moley! I’m just re-printing it because what I can say? Clive got over his Bell’s Palsy like a champ, and now he’s pulling out all the stops again! Zoom, zoom, zoom!

Davis said: “Part I was truly memorable… a special lifetime night.   You just won’t believe what we have in store for PART II.  I am deeply privileged to be joined by some of the greatest artists ever while paying tribute to several of the most electrifying live performances in music history.”

Similar to PART I, the second installment of the Pre-Grammy Gala – this time benefiting the Grammy Museum in Los Angeles – will celebrate some of the greatest live performances of all time.   As before, this highly anticipated and coveted list of performances, compiled exclusively by Davis, will be revealed during the event and will include never before seen footage.