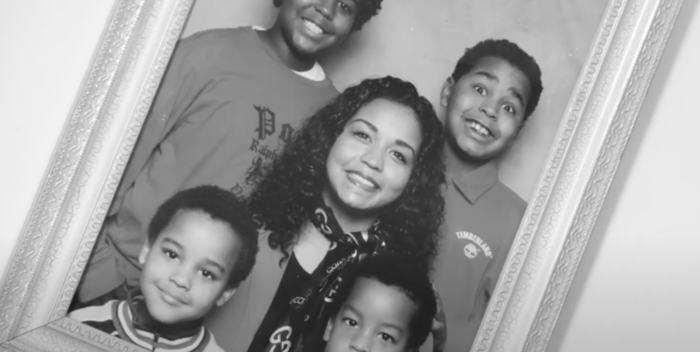 Have you movie fans seen “Time” yet? Garrett Bradley’s film is the best documentary of 2021, and is nominated for the Academy Award.

For the next two weeks you can see it for free on Amazon Prime and YouTube. Starting right now.

Fox Rich is the real life star of the year, and so his her husband, Rob. I know everyone thinks the octopus is cute. but “Time” and “Crip Camp” were the best docs of the year.

And PS Dick Johnson still isn’t dead. So forget that one.

“Time” is free! Watch it! Garrett Bradley could be the first black woman to win Best Documentary. Wouldn’t that be something?>

A press release adds this: The film will return to theaters starting on Friday, April 16 in New York at the Village East, Los Angeles at The Landmark, and San Francisco at the Embarcadero. If Time wins, it would be history-making as it marks the first time ever a Black female director would win an Academy Award for Best Documentary.

“Time” is the most honored documentary of the year, since the film’s world premiere at the 2020 Sundance Film Festival where Garrett Bradley won the Best Director award for US Documentary Competition. She and the film continues to garner notable accolades including a Gotham award, National Board of Review, National Society of Film Critics, New York Film Critics Circle, Los Angeles Film Critics Association, Black Film Critics Circle, as well as directing awards at Doc NYC and the IDA Awards.

Fox Rich is a fighter. The entrepreneur, abolitionist and mother of six boys has spent the last two decades campaigning for the release of her husband, Rob G. Rich, who is serving a 60-year sentence for a robbery they both committed in the early 90s in a moment of desperation. Combining the video diaries Fox has recorded for Rob over the years with intimate glimpses of her present-day life, director Garrett Bradley paints a mesmerizing portrait of the resilience and radical love necessary to prevail over the endless separations of the country’s prison-industrial complex.

Time cross-cuts footage from the past and present, framing it with a lyrical voiceover from Fox and her sons to provide a uniquely intimate perspective into the long-term costs of incarceration: the children who grow up without fathers, and the mothers who are forced to become caregivers and legal experts all at once. It also reveals how families sustain themselves on sheer faith to prevail over the endless separations of the prison-industrial complex — a remnant of the legacy of slavery. The film’s gorgeous black-and-white cinematography and symphonic rhythm lend an epic quality to Fox and Rob’s story — a story not just of strife, but also of radical, resilient love.

As Bill Gates noted in his review on Gates Notes, http://gatesnot.es/Time-documentary, “This is one of the most intimate movies I have ever seen. It records events that are almost unbearably emotional. There is one scene at the end that is unlike anything I had ever seen before in a documentary…If Time wins the Oscar this year, it will be the first documentary directed by a Black woman to do so. Garrett Bradley’s talent makes her worthy of that milestone.”

Time will stream at no cost starting on Monday, April 12 on Prime Video and on YouTube.