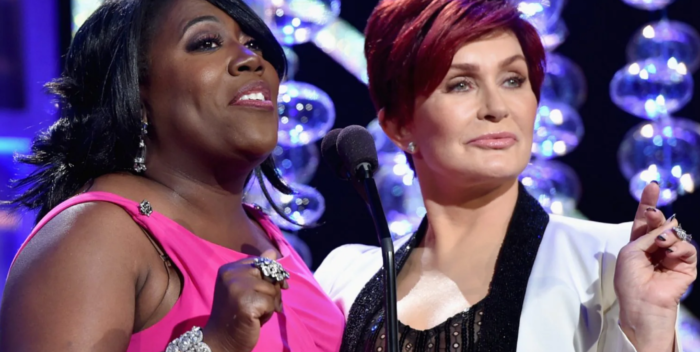 Sharon Osbourne, one of the savviest players in Hollywood, is out at the “The Talk” on CBS. A victim of her own hubris, Osbourne was ousted after an on air fight with her co-hosts over race. She defended the UK’s Piers Morgan for attacking Meghan Markle, who is Black. Osbourne’s defense quickly became recognized as implicit approval of racism, which didn’t sit well with her Black co-hosts. The moment became a watershed as Osbourne’s backstage remarks over the years became public. In short order, she was done.

“Sharon Osbourne has decided to leave The Talk,” read a CBS statement. “The events of the March 10 broadcast were upsetting to everyone involved, including the audience watching at home. As part of our review, we concluded that Sharon’s behavior toward her co-hosts during the March 10 episode did not align with our values for a respectful workplace. We also did not find any evidence that CBS executives orchestrated the discussion or blindsided any of the hosts.

“At the same time, we acknowledge the network and studio teams, as well as the showrunners, are accountable for what happened during that broadcast as it was clear the co-hosts were not properly prepared by the staff for a complex and sensitive discussion involving race. During this week’s hiatus, we are coordinating workshops, listening sessions and training about equity, inclusion and cultural awareness for the hosts, producers and crew. Going forward, we are identifying plans to enhance the producing staff and producing procedures to better serve the hosts, the production and, ultimately, our viewers.”

Part of this was generational. Osbourne, who’s 68, came from an Archie Bunker-like mindset where you could say what you wanted about people’s ethnicity ‘even if you didn’t really mean it.’ Unfortunately, it’s 2021, and sensitivity about such things is on high alert. That kind of talk isn’t tolerated, nor should it ever be.

As details of Osbourne’s past behavior caught up with her current scandal, it was pretty clear she’d be leaving the show she’d called home for 11 years. In that time, Julie Chen and Sara Gilbert, the original leads, so to speak, have also left. During their time, Leah Remini and Holly Robinson Peete were forced out. At the first the latter two blamed Chen. But in the last week they’ve revealed that Osbourne helped push them out.

What remains of “The Talk” is an odd group of women with no leader or person with news experience. They include Sheryl Underwood, Carrie Ann Inaba, Elaine Welteroth, and Amanda Kloots. The qualifications of the latter is that her husband, Broadway star Nick Cordero, died from COVID last year after a terrible battle.

In the ratings, “The Talk” trails ABC’s “The View” by many millions of viewers. Invented by Les Moonves as a venue for his wife, Julie Chen, “The Talk” replaced the 56 year old soap opera, “As the World Turns.” As it turns out, “The Talk” has been more than equal to to the task of being a daytime drama. and a largely irrelevant one. CBS would be smart to cancel it, and bring back the soaps.

I’m surprised about Sharon. She always managed to navigate the rock and roll world for husband Ozzy, even though she pissed off everyone she dealt with. She brought her family to fame and fortune with their reality show on MTV. But she went too far as she took power on “The Talk,” and became the architect of her own demise.