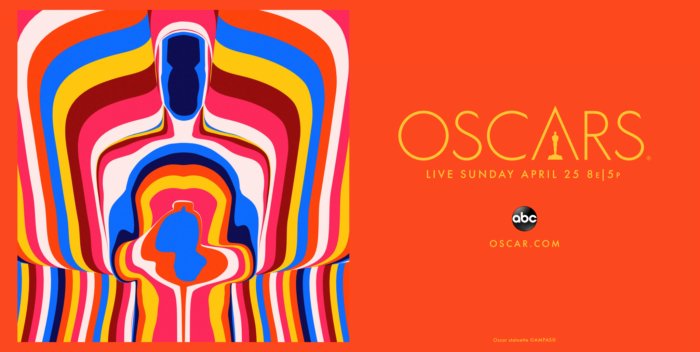 EXCLUSIVE Oscar nominees are getting a letter to dampen their spirits this afternoon. David Rubin, the fine casting director who’s running the Motion Picture Academy, sent a letter out to the freshly minted noms giving them good news and bad news: the Oscars are happening, but because of the pandemic it won’t be the same as in other years.

The good news, is there are great posters this year. And a lot of terrific movies and nominees. I have high hopes for a solid Oscar show on April 25th.

Look, they have to be realistic and take precautions. Back on the red carpet in 2022!

The letter as follows:

I join you in congratulating all our Oscar nominees. We are now less than two months away from an Oscars show at the iconic Los Angeles landmarks Union Station and Dolby Theatre. A show that will undoubtedly be unique and memorable!

Though we’d hoped the pandemic would be more in our rearview mirror by the month of April, the health and safety of our members and Oscar nominees are our primary concern, so we’ve had to make some necessary decisions about some of our highly anticipated Oscar-week events.

This year, those attending the awards in person will be nominees, their guest, and presenters — with an audience of millions watching and cheering from all around the world. As a result, we will not be able to conduct our annual member ticket lottery.

We also will not hold any in-person events, including nominations screenings, the Oscar Nominees Luncheon and such beloved Oscar-week occasions as the International Feature Film nominee cocktail reception, and public programming for the Short Film, Documentary, Animated Feature, International Feature Film and Makeup and Hairstyling categories. I’m sorry to add that this year’s awards also will not include a post-Oscars Governors Ball celebration, or Oscar Night watch parties in London and New York.

In a year marked by so much uncertainty, one thing is without question: We have enlisted the ideal trio of producers—Jesse Collins, Stacey Sher and Steven Soderbergh—to put together an Oscars show like none other, to honor the extraordinary movies, memorable performances and achievements in filmmaking of the past year.

We appreciate your support and understanding, as we all look forward to an exciting show on April 25th.” 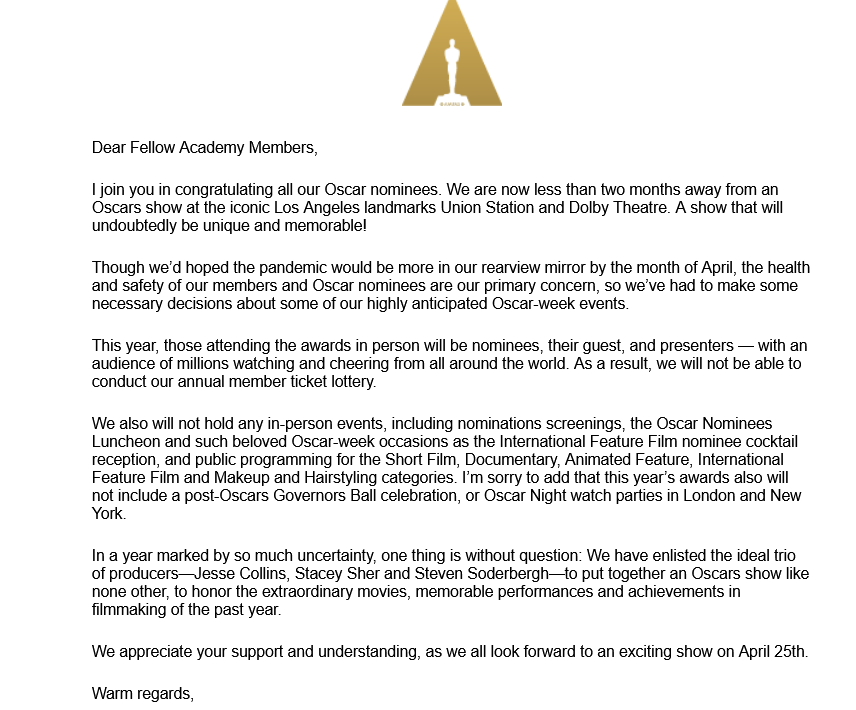